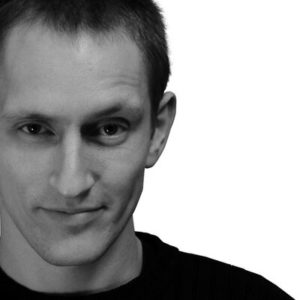 Hi everyone, today’s interview is with Shane Melaugh, CEO of Thrive Themes, a company that builds conversion-focused WordPress themes and plugins. Shane’s been on a nine-year entrepreneurial journey that led him up to this point, and he’s got some interesting things to say about trial and error when it comes to getting good software developed.

Entrepreneurial Dreams & Slow Progress
About nine years ago, Shane started dreaming about becoming an entrepreneur, and had ideas in his head about building something on his own.

He was a little slow to start though, because he had no idea what he was doing, and because he was clueless about running a strong business, his feeble attempts didn’t amount to much.

But, even through his failures, the idea stuck with him, and he had the fortitude to be stubborn enough to keep trying again and again, to slowly get to a point where he managed to make something work so he could turn it into an actual business.

One of his businesses was building and selling custom-built computers. Then he did some selling on eBay.

Then, he created and sold his own info products before he hired people to build software for him.

It was a gradual, step-by-step journey of gradually doing more and more challenging things. Trial and error, basically.

Quality Team = Quality Products
I’m a huge fan of Shane’s former product SEO Cockpit, and now I love Thrive Themes. (Neil Patel uses Thrive Themes, too.) The products are so high quality, it’s obvious that he’s got a good team behind him.

But building a good team was one of the hardest (and most expensive) things he’s ever done, he says.

When he was doing SEO Cockpit, their CEO was a really good programmer who built the tool, and Shane did the marketing.

But after SEO Cockpit went off the market because it wasn’t relevant anymore, he wanted to find people who could take the ideas he had for software and turn them into something good.

At one point, he made documentation for five small software products, and hired a bunch of agencies at the same time to build them all.

Around $50,000 later, most of those products were never released, and Shane realized that his own instruction-giving may have been part of the problem.

Hiring, says Shane, is more of a process of filtering really, really hard.

Now, if you want to work on one of his teams, you’ve got to do a set of trial tasks to prove the results you can deliver. And then, when you join the team, you’re expected to have a strong work ethic and an obvious willingness to improve your skills.

With this process, Shane says they go through lots of candidates before making a hire.

It’s a collection of themes and plugins that customers can buy separately, or buy a subscription to all of them.

Beyond the actual WordPress themes that are optimized for on-page conversions, Shane says two their products together do a really good job displaying what the entirety of Thrive Themes is all about:

Thrive Content Builder is a front-end visual editor for WordPress that helps people build sales pages, landing pages, webinar sign-up pages, and blog posts that are fine-tuned to engage visitors and lead them down the conversion funnel.

Thrive Leads, on the other hand, is the only list-building solution you need for WordPress, says Shane. It’s also got built-in testing to help you optimize your copywriting, funnels, triggers, and things like popups vs. slide-ins.

The biggest difference is that pages created with LeadPages or Unbounce are hosted elsewhere, on someone else’s server… not your own.

Pages created with Thrive Content Builder, on the other hand, are owned by you and hosted directly on your own site.

There’s pros and cons to both methods, says Shane, and which product you use for conversion-ready landing pages will depend on the preferences you have.

The Growth of Thrive Themes: Their Biggest Success & Most Traumatizing Moment, All Rolled Into One
Right now, Thrive Themes has about 3,500 active subscribers, meaning these people pay a yearly or monthly subscription to have access to everything created and produced by Thrive Themes.

But on top of that, they’ve got an additional 14,000 customers who’ve bought an individual product they offer.

In terms of growth, says Shane, it was almost scary. When they first launched Thrive Content Builder, for example, they got a very good response. They were overwhelmed with how many customers they got and definitely weren’t prepared for it.

They even had to shut down for a while and weren’t open for new business until they were able to catch up and grow their team to match the demand.

Customer Acquisition
Shane says Thrive Themes has a heavy product focus, so they don’t really do anything particularly unique in terms of marketing.

The things that work well for them, though, are content marketing and using affiliates.

With content marketing, they provide a lot of useful content and videos on their blog, which helps a lot with slow burn customer acquisition. The videos are something Shane himself spends 15-20 hours per week on.

Their affiliates also help them by writing reviews of their products, or recommending certain products to their individual mailing lists.

Not Taking Advantage of Affiliate Opportunities
Though Shane says that using affiliates is a very important sales channel for them, he says he uses them quite poorly and doesn’t play the game that’s associated with a lot of affiliate marketing out there.

He’s a little stubborn to promote other peoples’ stuff just to collect favors so they’ll reciprocate when it’s time for him to do a product launch. Because he’s got extremely high standards for running Thrive Themes, he’s incredibly picky about what he promotes to his audience.

The only thing he has going for him, really, on the affiliate front is that Thrive Themes creates great products, and that their pages are optimized for conversion, so they convert really well—translating into more profits for affiliates.

The Struggle of Changing Hats as CEO
One of the biggest struggles for Shane in growing his business was how much his role has transformed over time. It can be pretty jarring as your company scales, he says.

In the space of 18 months, he went from being a Solopreneur with a partner (which meant hustling and doing everything himself) to managing a full-fledged company of 22 people working under him.

He said he had to totally change his mindset about what matters, which was really challenging for him because he enjoyed having the mindset that he could out-work other people. He had to stop priding himself on being the hardest worker in his business and instead focus on orchestrating it well.

The Brink of Failure: Nearly Running Out of Money & Vanishing Revenue Streams
The last time Shane was near the brink of failure was when he was in the stage of hiring a bunch of agencies to build software products for him.

Beyond spending loads of money on that, he just took SEO Cockpit off the market because it wasn’t very relevant anymore. It was an honorable thing to do, but it was a vanished revenue stream.

At the same time, a lot of the affiliate sites he was running were destroyed by one of Google’s updates, and since he didn’t care that much about maintaining them anymore, that was another revenue stream that completely vanished.

He was making losses month after month and eating into his savings.

If things hadn’t turned around for him, he would have definitely run out of money.

Advice to His 21-Year-Old-Self
“Listen, this thing you’re thinking about now—you’re right about that. If you just focus on skills and you focus on increasing the skills you need through sheer repetition and through grinding through the hard times, this works.”

“Do my own thing more quickly.”

“You don’t need these guys. You can do your own thing and you’ll be better off.”

In retrospect, says Shane the things that were holding him back were really silly.

Since he wasn’t a programmer, he thought he couldn’t build websites. But, if he’d just done 30 minutes of research, he would have figured out that it’s very easy to set up a hosting account and get a free CMS.

Beyond that, his day isn’t clearly defined, and depends a lot what happens in the morning meeting with his team.

Ca$hvertising by Drew Eric Whitman. This book is for entrepreneurs in the beginning stages. In many cases, says Shane, the thing that’s missing in an entrepreneurial plan is the marketing aspect. This is a very concise book in how to present stuff in a way that makes people want to buy.

Good to Great by Jim Collins. This book is for someone in the later stages of entrepreneurship with a larger team, and is only really relevant if you have 15 or more people on a team.

GE 105: How Jason Treu Got His Book To Rank #1 On Amazon In Multiple Categories 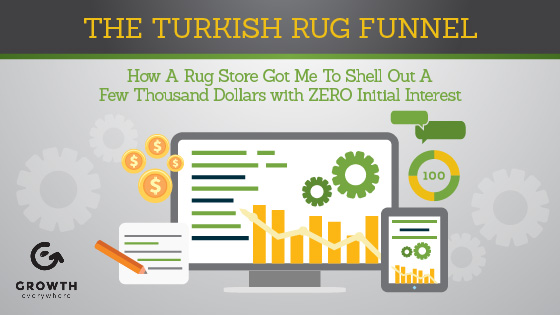 GB Ep 68: 4 Excellent Sales Tools that Will Grow Your Revenues

How I Got A 333% Increase In Cold E-mail Response Rates (Plus Templates!)