Hey everyone, today we’re talking with Laura Roeder, a social media strategist, speaker, and an entrepreneur who’s been named one of the top 100 under 30 multiple times.

Laura is the CEO of Edgar, a social media scheduling and marketing automation app that I love. We talk about the hole in the market that Edgar fills, how they achieved super-fast growth, and a social media strategy that helped one of Edgar’s clients grow from 700 to 20,000 Twitter followers in six months.

Laura’s been working for herself since she was 22, which she quit her corporate job to work as a freelance designer and developer for web and print.

But when social media started becoming a big deal for businesses in 2008 and 2009, she started helping her web design clients manage their social media as well.

Within the social media training arm of her old business, Laura used to teach small businesses how to use Facebook, Twitter, and other social media platforms as marketing tools.

To do so, they taught a complicated method that involved creating a giant spreadsheet and going through the rows one by one to load them into a social media scheduling tool.

It worked, sure, but it got really messy and complicated after a while, and Laura couldn’t figure out why there wasn’t a piece of software that did that already.

So she got the idea for Edgar, a tool that stores all the social media updates you create so you can easily use them again later without having to reinvent the wheel.

On top of storing the updates you create, it cycles through them automatically, so you also don’t have to spend a ton of time scheduling, and can focus on interactions instead.

Laura says Edgar works best with evergreen content that can be used again and again.

However, she does suggest doing an audit of your library of social updates to make sure your links still work and that all the content you’re sharing is still relevant.

Edgar just launched 13 months ago, and already has 2,922 paying users, and they don’t offer any freemium accounts.

Their growth has been fantastic, and Laura attributes a lot of their growth to their initial launch strategy.

They sent out little teasers to their lists that something new was coming, and once people understood what Edgar did for them, she says it was kind of a no-brainer for them to sign up.

Rather than making the launch of Edgar a huge to-do, they sent out different emails to test different messages for different segments of their pre-existing audience.

For example, if they had people on their list who’d already purchased products from them, they sent them a certain sequence with a better offer for Edgar.

For people who were on their list but hadn’t made a purchase yet, they had different messaging focusing around software that would do everything for you rather than worrying about full-on employee social media training.

Laura says they spend a lot on Facebook ads for Edgar. They’ve found that they work really well, and she loves how targeted you can get with your advertisements and messaging.

For them, they mostly only advertise to people who are already using other social media tools, and one of the most successful campaigns they’ve run involves simple messaging that basically says “Here’s a new social media tool.”

She says the messaging instantly attracts people who are interested in social media marketing, so when you tell them there’s a new product on the market, they become really compelled to check it out.

Why They Haven’t Even Bothered With a Special Landing Page

Though she thinks they’ll try some more sophisticated advertising methods and funnels down the road, Laura says they don’t even have a special landing page set up for Facebook, sending people directly to their home page instead.

And interestingly, that’s been enough. Probably because the product solves a problem that it’s a no-brainer for people to sign up.

In SaaS, says Laura, people are really focused on a customer’s lifetime value, especially when figuring out how much they can afford to spend on customer acquisition.

The problem with lifetime value, says Laura, is that it literally takes a lifetime to collect that amount of money.

So if a customer’s lifetime value is $2,000 and you spend $1,000 this month to acquire them, you will have some serious cash flow problems.

Instead, Laura suggests it’s more important to look at how long it will take you to re-collect the money you spend on customer acquisition, to which she says 3-6 months is realistic for most businesses.

The Decision Not to Take Venture Funding

Laura says that she found the Zirtual debacle fascinating… that a company that had 400 employees and seemed to be doing so well just folded overnight.

“I think when you take funding,” she says, “there is an expectation to grow at any cost. To just focus on growth.”

Once you take funding, she says, you need to have a plan for a massive exit, otherwise your investors won’t be able to make money.

So instead, she decided to self-fund Edgar with the profits from her other social media business. It gave her full control over everything she wanted to do, and she didn’t have to feel the pressure of being under anyone else’s thumb.

For example, Laura had a baby earlier in the year. So now she and her husband (Edgar’s CTO) are both working part time… and she doesn’t imagine many VCs would be thrilled about a company with only a part-time CEO and CTO.

But, she says, the business is still growing great.

Laura says that they’re still trying to figure out the best pricing model for Edgar.

Pricing by company size is usually the obvious way to price things, but bigger companies hardly ever have more social media accounts than smaller ones.

Most customers are on their $49/month plan, which has worked really well.

But, they’re still looking for a formula that works well to price higher, though Laura thinks they might be onto something with people who use Edgar to manage multiple brands.

How One Edgar Customer Grew by 19,000+ Followers in Six Months

One company, Winetracker.co went all-in with using Edgar for Twitter.

He put images in all of his tweets, for example, because he knew those got more engagement and he wanted to do everything right.

There’s no real magic to Edgar, says Laura. The more you post, the better results you’ll get.

In fact, a lot of customers have told them they’ve seen their social traffic double or quadruple after using Edgar.

It can take some time to set up your initial database, says Laura, so she recommends going piece by piece.

Doing it all at once can make you overwhelmed, so you can gradually build everything up day by day in the time that you’d normally spend on your social media efforts.

But, once you get everything loaded in, she says the ideal schedule has a good mix of different categories:

She says you’ll want to update a minimum of 3-4 times per day, but if you’re covering different time zones, 20 times per day really isn’t that crazy.

Ultimately, you’ve got to experiment and play around. A lot of customers like to go and look at their actual profiles to see how Edgar is performing for them, and how things look.

The Decision to Go All-In on Edgar

When Edgar launched, they weren’t sure if it would be a side project or a total failure.

But once the growth started happening, it became really obvious that they needed to go all-in.

Just a few months after the launch, for example, they were bringing in $30,000 per month.

Advice to Her 25-Year-Old Self

Laura says that even though she built a team a lot faster than many entrepreneurs do, it is the single way you can multiply your success and grow your business.

“Most people hang onto things themselves way too long,” she says.

In her mind, she sees growing a business as a continuous exercise of getting rid of herself and getting herself out of all the details of the business. It’s all about bringing people in who can do a better job than her and create a lot more activity.

Be really deliberate with your time.

Decide what you’re going to do before you open your laptop, says Laura. Don’t look at email unless email is the task you’re working on.

She says that at Edgar, they’re really big on single-tasking: that you don’t move onto the next project until you finish the one in front of you.

“If you had to finish that before you were allowed to do anything else, you would get it done,” she says.

She says it’s about the tried and true basics for running a company, because most of us have had no training on how to do it. It gives you worksheets to use, tells you how often to have certain meetings, and so on. Basically, it’s full of templates on how to succeed. 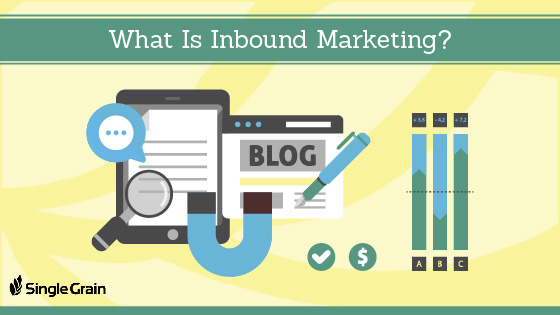