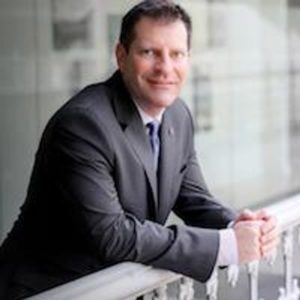 Hi everyone, today we’re talking to Jason Treu, author of best-selling book Social Wealth: How to Build Extraordinary Relationships By Transforming the Way We Live, Love, Lead and Network. His book has sold more than 30,000 copies, and he’s been ranked #1 in both Business and Self-Help Categories on Amazon.

Starting out, Jason went to law school and got his Master’s degree in communications.

He figured out that he didn’t like being a lawyer in NYC, and remembered that when he asked people if they were happy, he could tell by their long pause that it was a question they were lying about.

He loved technology, so he decided to take off to San Francisco, and has never looked back.

In that time period, thanks to his social and extroverted personality, he got to work with high-name CEOs like Steve Jobs.

With those successes, he decided to go into coaching.

Right now, his business revenue is focused through coaching.

But in the fall, he’ll be launching a product, which is where the big revenue is at in the coaching business, he says. With this, he expects his revenue will change drastically. (For the better, of course.)

Jason’s Secrets to Getting to #1 on Amazon

Jason said he spent a lot of time trying to understand marketing and looking for people who knew how to market effectively on Amazon.

Investing in one person to coach him through the process and talking to others who’d done well on Amazon was really important, he says.

Here’s some of the tactics he used:

By sending out 80-100 emails before his book launched, Jason got about 40-45 good reviews before the book eventually launched and he got other people (like influencers) to review it as well.

It’s a lot of work and energy to get people to do book reviews, because they resist like crazy. To overcome that struggle, Jason sent out an honest, heart-felt email and created a video of him explaining why the reviews were so critical to his success.

I’m coming out with a book that I’ve been working on for the past year, and here’s a copy.

I’d appreciate it if you could go through the book and write a short review. It can be one sentence long… it doesn’t need to be any longer. The key thing is putting in the rating, which is what Amazon looks at more than anything else.

The reviews will make or break my book. I spent a lot of time writing it, but without you, it won’t be successful. I’d really appreciate you taking the time to help it.

As someone who’s a small fish trying to get a business started, this is a significant milestone for me.

If there’s anything I can do to help you in any way, don’t hesitate to ask.

Benefits of Publishing a Book

When you start a business, says Jason, you can point to your book as a milestone people can immediately take a look at… especially if it’s a book that’s done well.

It’s a great credibility-builder, especially if you’re not that well-known in your space yet.

It’s also something you can leverage for press… like getting interview spots on podcast shows or getting byline articles on popular websites.

What it Means to Have Success Via Relationships

At the end of the day, says Jason, everything you accomplish is with or through other people. No one is successful by themselves.

You need strong relationships with clients, friends, and everyone else.

And ultimately, people will interact with you if your perceived value is high enough, and if they get enough emotionally, personally, or professionally out of their interactions with you.

And if you’re good to someone, they’ll be willing to help you and unlock their network for you… which is a major asset. And when you start understanding that, you realize every person you meet is really important.

Most people at networking events, says Jason, are all about getting. They don’t go there in the spirit of giving… at all.

They’re desperate people in the same place you are, which is not what you want.

Instead, if you spend your time at a charity event, you can talk to someone, ask what projects they’re working on that they’re passionate about, and immediately find out what they actually care about.

And when people tell you those things, it gives you a huge opportunity to find and establish common ground… which is something everyone loves.

The key, whatever event you’re at, is to be an active listener.

What people do wrong, says Jason, is use their mental energy for something other than the conversation at hand… whether it’s thinking about what you have to do tomorrow, or thinking about the next question you want to ask… and people can tell when you’re not giving them your full attention.

The best way to build trust is to always give first, because the only people who give to your first in your life are those in your inner circle. And ‘giving first’ is as easy as suggesting a book, resource, or contact to help someone out with their problem.

Finding Your Purpose: Internal vs. External

A lot of times, people assume their purpose in life is to be an entrepreneur that helps people with X, Y, or Z.

But that’s where the mistake comes in, says Jason… anything that’s external to you will eventually let you down. So don’t mix up your business’s purpose and mission statement with your own personal purpose in life.

The important thing, on an individual level, is to figure out the couple emotions you have that really drive you, and do things to keep those emotions full.

For example, Jason loves the feelings of connecting and belonging, so being stuck in cubicle America, keeping to himself for most of the day, wasn’t working for him.

But working as a coach, connecting people and helping them achieve more success, makes him feel alive and keeps him moving forward.

One Struggle: Finding the Ideal Client

At first, Jason didn’t even realize that he didn’t have the right customers.

He was working with a lot of self-development clients, and he’d help them move up so fast that they had a hard time keeping up with the success he was helping them uncover… so they’d leave his client list after six months.

But last fall, he had a couple executive clients come to him, and he saw a huge difference.

These people weren’t going to fall off after six months, because they had the resources to keep up.

It was a combination of trial and error, but now he’s found the sweet spot.

One thing’s Jason’s realized about people who are financially successful is that they all have mentors, and they all pay for coaching or some kind of learning.

In fact, they spend anywhere from 10% to 20% of their income on it (though it does get a little lower once they get into the seven-figure range).

He says this is really important because you significantly shorten the learning curve, learn best practices, avoid pot holes, and it makes a massive difference in your life.

Jason suggests Give and Take by Adam Grant because it outlines how givers are the ones who get ahead in business.

He also recommends The Gifts of Imperfection and Daring Greatly by Brene Brown. Both will help you out of your own shell and open you up to be more authentic and vulnerable in your communications, which will help you get ahead significantly, no matter what you’re doing.

10 Marketing Lessons I Learned by Building a Top 100 App 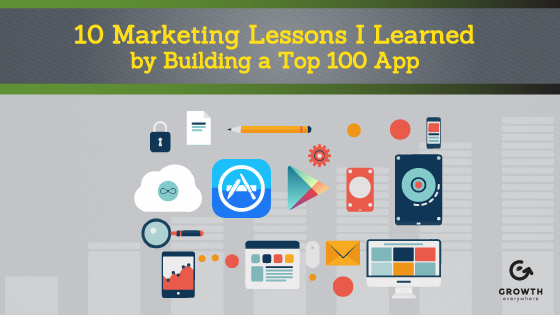 GB Ep 73: 7 Helpful Competitive Analysis Tools You Should be Using