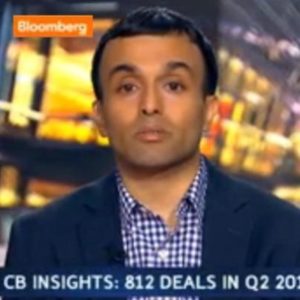 Hey everyone, today’s interview is with CEO and Co-Founder of CB Insights, Anand Sanwal. CB Insights helps you track the world’s most promising private companies, their investors, and their acquirers to help you innovate faster and invest smarter.

Anand started CB Insights six years ago after working in venture capital and for American Express.

While working at American Express, he had to use old school data tools that charged a fair amount of money for a mediocre experience, and the data wasn’t that impressive.

Anand always wanted to do his own thing, so he and a few others left their jobs to build the tools they wished they had to track and uncover data. So instead of having to call people to ask them about the deals they did, they created a machine learning software that aggregated publicly available information faster and more comprehensively than anything they’d used before.

In venture capital, Anand says you can read 15 different newsletters like TechCrunch and VentureBeat to aggregate data for yourself, or you can have CB Insights collect it all for you.

For example, if you’re interested in Silicon Valley-based mobile companies in the early stages, you can build a feed that’ll push all the deal details to you as and when the deals happen.

So instead of spending 80% of your working hours gathering data and doing manual work, you kill all the low-value effort and cant start doing interesting things with the information you have.

Content has definitely been their golden goose, says Anand.

But it was necessary… they were a revenue-funded company who didn’t raise money.

They saw the internet was full of a lot of venture capital political commentary, but there was very little data amongst those opinions. Once they saw no one was providing the data to back up their opinions, they started to provide insights by doing data-ridden research briefs on hot topics.

The hardest thing about it has been staying consistent with their publishing, but they now put out around 15-20 pieces of content per week.

The biggest thing, says Anand, no matter what type of content you put out (longer form or more snackable pieces) is to figure out what’s trending and interesting to the market and applying their data to create something interesting.

Beyond that, rather than paying attention to things like page views or numbers of tweets, the only metric CB Insights cares about is the number of signups they get. Nowadays, they get around 1,000 trial signups per month just from their content… not counting landing pages or other types of lead generation they do.

In 2013, CB Insights was profitable into the low seven figures.

This year, in 2015, Anand expects it to grow by another 125% to reach the high seven-figure, low eight-figure range.

CB Insights have established themselves as the go-to place for media that’s looking for the type of data can provide.

They provide the data free of charge, and so far this year, they’ve had 700 different articles citing them, including the Economist, Bloomberg, and the Wall Street Journal.

They treat their media contacts like their customers, and give them whatever kind of data they want, even though they don’t pay for it.

In the beginning, they had a journalist database of about 20 people, but now that number’s getting close to 800.

To get there, especially in the beginning, they went to Google News to search for all the terms they thought were relevant (anyone covering VC, for example), put them in a spreadsheet, and shared a report about VC trends with them.

The Key Mistakes He’s Made as CEO

Anand says the biggest mistake he’s made is around company culture.

He used to write off all the company culture advice as just propaganda, and thought it was something big companies did to brainwash people into feeling like they were doing something meaningful.

When you’re small, he says, everyone knows the culture. But when you get to 25+ people, the new members haven’t seen you in those small times, so you need to instill your values in them.

He says that for them, nailing the onboarding process has been important. For example, you can’t just assume that smart business development professionals will figure things out. You need to have scripts and processes to help them feel more successful at their jobs and so they don’t have to keep reinventing the wheel.

Another thing they’ve done for new hires is to set up a MailChimp drip. So rather than getting 50 emails on day one about what to do and who to meet, they get these emails spread out over their first two weeks in the company.

And as you get bigger, he says, over-communicating becomes important. Not everyone knows what’s going on automatically, so monthly reviews where everything is transparent are very important.

Reaching the Brink of Failure: No Outside Funding

CB Insights decided not to do any outside funding, so in the beginning, before their product launch, they were doing anything to make money, including selling research totally unrelated to CB Insights to hedge funds about the credit card industry.

But when they left to start their own company, they naively thought it would be easy to sell this information. But when they reached out to everyone they knew and no one wanted what they had to offer.

Finally in February 2009, they still hadn’t sold any of their research, but they somehow needed the funding to actually build CB Insights.

Thankfully, they got lucky because the general stock market kept going down, credit cards became a big deal, and the hedge fund guys started worrying about it. Finally they started selling their research and generating revenue…. they were within weeks of going bankrupt.

They were definitely in the right place at the right time, because for the following 16 to 18 months, they were the only ones in the market selling credit card research.

“Things work out the way they’re supposed to work out.”

At 25, Anand says he was in a rush to be an entrepreneur, even though he didn’t reach that goal until his early 30s. But it turned out that waiting to start his own business really worked for him, because a lot of what he learned while working at American Express was super helpful.

Anand says that to be successful with closing high-value deals, you have to realize what really motivates people.

At a simplistic level, he says, their customers are motivated by wanting to look good in front of their boss or wanting to get out of work early. (Ideally both.)

So when someone signs up for a free trial, they always ask them what will make it a no-brainer for them to buy into CB Insights, and based on that, they show them completely different capabilities of the product during their trial period.

To some degree, says Anand, they’ve been lucky when it comes to hiring data scientists. Their newsletter is growing at around 1,000 per week, so they end up getting a lot of inbound applications, and they’re the perfect place to work for people who like startups, data, and venture capital.

Sometimes though, they also look at individual blogs for people who are working on cool projects and reach out to those individuals.

GE 112: How Neville Medhora Grew AppSumo’s Customer Base to 750k With Email

GB Ep 104: How to Find Your Competitors’ Ads

Do Twitter Ads Really Work? (And How to Get The Most Out of Them!) 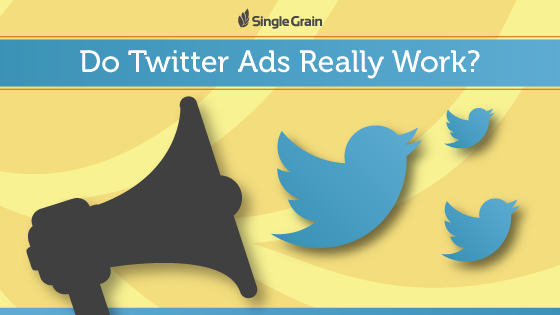