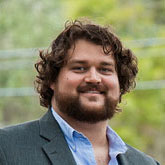 Hi everyone, today we’re talking to Allan Branch, Owner of LessAccounting. Allan’s got an interesting background in marketing and design that led to freelance designing and web consulting that eventually evolved into an accounting software that’s remained strong over the years despite it’s slow initial growth.

It’s not like QuickBooks, in that it’s got an easy-to-use interface, and it’s meant for businesses who need to send a few invoices here and there, and who need to track a few expenses.

They’re not a payroll software, and they’re for people who know where they spend their money for the most part, but need a formal way to keep track of it all.

They don’t think accounting software should be something you spend a lot of time on or need to long into every day as a business owner, so they’ve created their product around that.

Not Competing in the Growth Hacking Race

In fact, he says if a VC looked at their numbers, they’d probably say “Oh dear God.”

But, they are profitable, they don’t have overly-stressful jobs, no one is telling them what to do… which is their bar of success.

They launched their app in 2007, but never had the idea of taking over the accounting software industry. In 2011, they stopped doing consulting work altogether and focused on their product company.

They noticed that in their spending, they spent hardly anything on marketing for their accounting product, but if they could focus more on customer support and UI, things would get even better.

In the past, they used to compare themselves to VC-funded companies, but realized they were totally content being the small company you can’t kill. (Like the cockroach of the software accounting industry.)

Shifting from Consulting to Product

Fans of 37 Signals, they thought that what they were doing with their project management software (Basecamp) was really cool and was their version of the promised land when it came to business.

Though their consultancy was doing over $1 million per year, they always thought things would be so much better when they became a product company, so that’s what they shot for.

In a SaaS company, says Allan, there’s less days to celebrate than in a consultancy, but their is slow, continuous growth and they don’t have to deal with the feast-or-famine that comes with the consulting business model.

The Mistakes Startups Make in Accounting

The main mistake startups make when it comes to accounting and bookkeeping is procrastination.

Even though bookkeeping is really simple (expense categorization, paying employees, expense tracking, invoices), it builds up into a huge mess when you keep putting it off and don’t take care of it right away.

Another mistake, he says, is that a lot of startups ignore seasonal trends in cash flow and make a lot of business mistakes because of that.

For example, LessAccounting has giant season spikes in their revenues and conversions around tax season, and a slow time of April through October.

Because of this, they need to make sure they have three to four months worth of cash in the bank waiting for them if they ever need it.

Don’t Bother Building to Save Time or Money

According to Allan, it’s not a good idea for startups who are watching every penny to get into the mindset of building every tool they need for their business for themselves.

He says it’s better to just use the paid-for software. And if you’ve got an incredibly tight budget, email the founder and ask for a discount. He says you’ll get free stuff from people by just asking.

He also advises not to think that you need to work 80 hours per week just to keep yourself profitable.

Getting Their First 50 Customers

Back in 2008, in the days of web 2.0 before Twitter and when blogging was still a new thing, things were different than they are now.

To get their first 50 customers, they emailed their friends and bloggers saying they wanted to be the Basecamp of accounting and asked if they would tell their friends.

When traffic got to their website, they had a splash page that asked people to sign up for the beta test of their accounting software.

Allan says that when it comes to content marketing, he’s not a very big fan of writing the exact same blog posts that everyone else is writing.

And since they’re a small and nimble company, their advantage over their competitors is that they’re nimble and can do whatever they want.

So with content marketing, he can write about things a little unrelated to running a business (like building a backyard office in a shed), which generates a couple thousand unique visitors per day and keeps them top-of-mind with their prospects.

From this, he says, you see people recommending LessAccounting by Twitter or word of mouth.

They also sponsor pizza parties at meetups, and do podcast interviews.

Most importantly, they realize that accounting software is not an impulse buy, so the effort to stay top-of-mind is key.

Struggles of Growing the Business

Allan said that when they started LessAccounting, they never wanted to dominate the industry… and this is one of the things that’s come to haunt them every once in a while.

At times, they get emails from incredibly happy customers that have to leave LessAccounting behind for QuickBooks because their accountant is insisting that they switch.

They’ve helped some clients change accountants, but he says these occurrences are really disheartening.

On top of that, he says working on the same thing for eight years in a row can get mentally hard once in a while. And sometimes, you just need a break. For this, they keep working on little, different projects here and there.

Being on the Brink of Failure for Three Years

Allan says in its first three years, LessAccounting made little to no money. They were hiring staff to work on LessAccounting while they went out to do their consulting work, meaning they basically had two jobs… one of which wasn’t making any money.

After two years, they finally started making $1,000 to $2,000 per month, at which point they really started to question themselves because they realized they weren’t achieving growth like everyone else.

But even when times were tough, they kept telling themselves that the app was getting better and customers were liking it.

They latched onto their forward progress and sold themselves on the fact that it was getting better, so they should keep going… even if they never did see a significant spike in growth.

“Nothing over the course of three years should take 60 to 70 hours per week of your time. It’s just not worth it.”

He says that he and his business partner worked themselves way too hard in the beginning. Especially in 2007-2011, when everyone liked to brag about how much they worked.

They let work take over their lives, and their health and relationships suffered as a result.

He says that with every hour you work when you work too much, you become less productive and less creative.

A Day in the Life of Allan Branch

“Go for a walk,” he says. “I have to take time off to be creatively productive.”

He says that if he doesn’t feel charged up creatively, he won’t get things done or have good ideas.

Since he’s not punching the clock, he doesn’t try to get charged up by reading blog posts or listening to Mark Cuban. He just goes outside for a walk to listen to the birds, breathe, and come back after 15 minutes totally ready to work.

Allan recommends books by Seth Godin and The War of Art by Steven Pressfield.

Though, he’s not a big fan of business books. Instead, he prefers Nick Offerman’s really funny audio books and comedian biographies like Yes Please by Amy Poehler.

He says that these books make him laugh a lot, which charge him up to want to write. Also, in the case of Amy Poehler, a lot of the things she says are transferrable into business.

GB Ep 93: How to Find Emails Quickly Using This Tool

Marketing School: Where to Learn Marketing 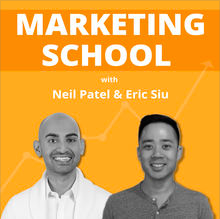 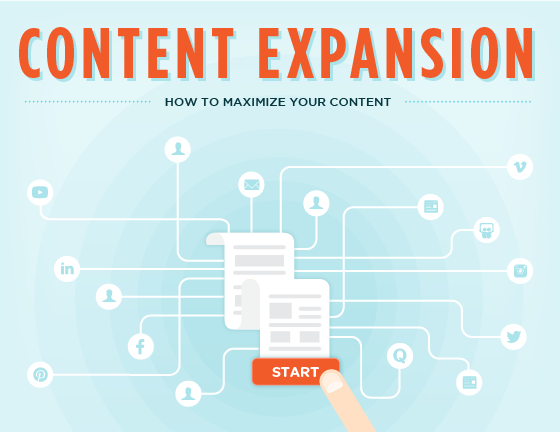