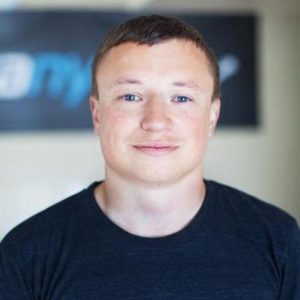 Hi everyone, today we’re talking to Ilya Semin, Founder & CEO of Datanyze, a sales intelligence platform that helps over 200 high-powered sales teams work smarter. Ilya’s got interesting stories to share about his ramp up to success, finding his co-founder, and dealing with his first churn.

A Career in Web Crawling Expands to Entrepreneurship

Before starting Datanyze, Ilya spent seven years building web crawlers for different companies (both big and small), and felt a lot of passion for their power to gather useful information from the internet.

When the chance to build his own company came, he thought he should use that passion, so he quickly reserved his domain name and got to work talking to sales and marketing people.

He knew he wanted to start a B2B business because it would be more predictable, so one of his friends who worked at KISSmetrics introduced him to Ben, their VP of Sales (who would eventually become Datanyze’s co-founder), to run his ideas by.

Ben loved the idea, so Ilya built a prototype, and KISSmetrics became their first customer. He started approaching more and more people to explain the idea of his software and gather feedback, and it naturally evolved into something that was bigger and bigger.

Just like Google, Datanyze crawls millions of websites every day.

The difference is that Google looks for keywords to tell end users what different websites are about, and Datanyze, instead of looking for keywords, looks for traces of technology–like pieces of javascript or pixels.

They tie these technology signatures to different pieces of software to know what particular technology vendors a website is using.

Datanyze crawls daily, so their users can know about technology changes on a daily basis. For example, you can know when one of your ideal customers signs up for your competition and/or stops using them and drops the code from their website.

With this knowledge, you’ve got the perfect timing to send a well-crafted outreach email.

After a few years of just providing this service, they added some more things so Datanyze users could know other things about their prospects, including revenue, location, and number of employees.

They’ve also got a list-builder tool that lets you very quickly add people to a list, find their email addresses, and export it to your CRM or other tools you use to run your campaigns.

They’ve also recently released a tool that analyzes all your current customers, and based on that data, suggests new people for you to reach out to.

2014 was a huge breakthrough year for Datanyze.

At the start of the year, it was just Ilya and Ben running things, but by the end of the year, they were a team of 13 people with a revenue growth of 6x.

Since then, they’ve grown even faster. Now they’re at 43 employees, and plan to have around 30 more by the end of the year. They’ve already been forced to move office spaces three times, due to their growth.

In terms of customers, they’ve just crossed 300 paying cusotmers, and have 12,000 pre-users interacting with their free browser extension called Datanyze Insider. (Which only launched three months ago.)

With Datanyze Insider, anyone can go to a site and know which technologies a website is using, their revenue, social profile numbers, number of employees, and see their CrunchBase profile.

It also lets you get an email address of anyone you can find online… though with the free version, the number of email addresses you can swipe is limited.

Product-Market Fit: The Number One Driver for Growth

Finding the best product-market fit he could was Ilya’s focus from the beginning.

In fact, he wanted to build a B2B product because it was easy for him to talk to people and figure out the problems they were having. If he could solve these problems well, he knew he could charge a good amount of money for whatever solution he created.

And once he hit the product-market fit, all he needed was to grow sales, marketing, and the product team to support the growth.

To perfect this fit, he constantly asks customers how they can improve value for them, and any ideas for features they’d like to see built. As soon as five to ten customers ask for the same feature, they build it.

Word of mouth catches on, and people start coming to you.

The Story of Snagging Ben to be His Co-Founder

The first time Ilya ever approached Ben, it was as a first-time entrepreneur seeking advice on his idea. He never asked for anything more than that.

He showed him the prototype he was working on, and Ben was impressed and immediately wanted to buy Datanyze for his team at KISSmetrics, where he was the VP of Sales.

He was so intrigued because KISSmetrics had just purchased a list of potential leads from Data.com, and 70% of the data was incorrect. They got their money back from the list, but they were still in need of a solution to help grow their sales.

They started out on a trial basis, and KISSmetrics was instantly able to get prospects, and even closed their biggest deal thus far with data that came from Datanyze.

At that point, he asked Ben to be his advisor, and he agreed.

It wasn’t until another 18 months later, after slow growth of acquiring only one to two new customers per month, that Ilya convinced him to come on board full time and join as a Co-Founder.

Those 18 Months of Slow Growth

As an engineer, growing a business was interesting for Ilya, because he had no sales experience at all.

By asking Ben to be his advisor, he met a lot of great people along the way that he was able to give soft pitches to so he could ask for feedback in exchange.

Through this, he got their interest, and many of them were straight forward in wanting to start a paid plan.

He didn’t know much about pricing, so at first he was only charging $300 per month, which was a big mistake. But he was at least able to get some early adapters and negotiate with them for case studies rather than raising prices.

Finally, after six months, he was brining in about $7,000 per month.

He didn’t really want to get involved in raising funds, and by the time Ben joined, he was making about $100,000 per year.

There’s several different segments of data with Datanyze, and almost everything is surprisingly accurate. But with everything, there’s always a little bit of room for error which is out of their control.

Switching From a Programmer to a CEO

Ilya’s passion still lies with building things, so he operates as a CEO Monday through Friday, and as a developer on the weekends.

He said, that as an engineer, it was a struggle to learn how to deal with people instead of machines. Machines are very predictable, and will tell you exactly what your errors are. But people have emotions and personal agendas that you have to deal with.

He says the most important lesson he’s learned is to pay a lot of attention to people’s emotions, and to be a great manager when it comes to supporting personal growth.

The number one book he’d recommend to any CEO is The Hard Thing About Hard Things.

But, “you can read all the books in the world,” says Ilya, “but nothing can replace a real experience.”

If you want to be a CEO, he says, just start a company. If you’re not successful, you’ll learn from it and make less mistakes as you go.

The Time He Almost Threw in the Towel

When Ilya experienced his first customer that cancelled a contract with him, he got really frustrated to the point that he thought his idea wasn’t working.

He spent three whole days by the pool doing nothing, thinking about other ideas to pursue.

It was hard for him to accept his first churned customer, but he realized that instead of focusing on the negative, he should figure out why they were upset and try to fix the problem.

It took him a full two weeks to fix the problem they were complaining about, but in the end, it made his product better, which in turn helped him get more customers.

Advice to His 20-Year-Old Self

“Try to move to the United States as early as possible.”

When Ilya was 20, he spent three months in the US as a lifeguard in a summer program, but it took him four more years after that to actually move here.

These four years weren’t very productive for him, and he wishes he could have accelerated the process a little bit. 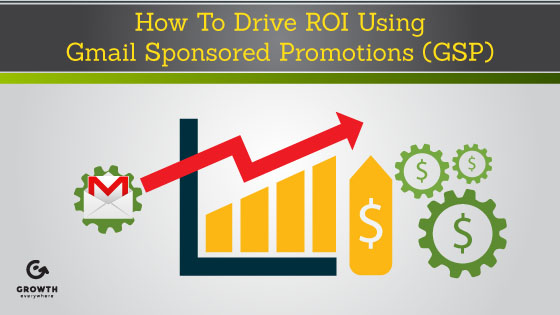