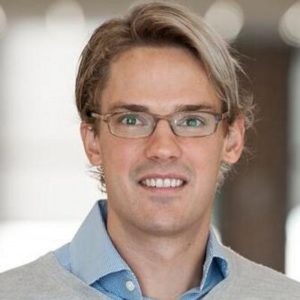 Hi everyone, today we’re talking to Tom Tunguz, a Venture Capitalist at Redpoint Ventures whose got seven years of experience evaluating startups. Tom primarily works on Series A funding and has some interesting insights on keeping churn rate incredibly low and profitable trends he’s noticing in the market.

How a Gig at Google Sparked Tom’s VC Desire

Tom’s been working at Redpoint Ventures for seven years, but before that, he worked in customer success, as a java engineer at a startup in DC, founded a legal software company, and then started working in Google’s two year management rotation program.

One of his projects while working with Google was to assist with the reviewing of every major product within the company once per quarter.

Working under his boss, he learned a lot about different business initiatives and how to assess them. His boss really impressed him with his ability to identify the most important fit of a project within 45 to 90 seconds, and he wanted to learn that skill too.

He saw three different ways to learn the skill: follow his boss’s path, become a consultant, or get into venture capital where he could see hundreds of business plans per year and understand how different sectors worked.

Fortunately, a recruiter reached out to him and made the connection with Redpoint Ventures, and he joined the company and hasn’t looked back.

He says a lot of it boils down to practice: he started blogging five or six years ago, and the posts from when he first started aren’t nearly as impressive as they are today.

But he also knew that brevity was important, so he read a lot of books on grammar and how to write… including Hemingway, since he’s really concise.

If you want to get better as well, he recommends reading The Glamour of Grammar and The Minto Pyramid.

One of the most important things he says he learned on his journey to become a better blogger was that he only had 47 seconds to get his point across to the reader, so that’s something he’s constantly thinking about while he’s writing, and applies journalism’s theory of the inverted pyramid.

And if you want to make graphs that are as snazzy as his, he suggest an open statistics package called R.

A Day in the Life of Tom Tunguz

Everyday, Tom says he wakes up at around 4:45 am – courtesy of his small son acting as an alarm clock.

He writes for an hour, goes swimming, and then has breakfast with his family around 7:30 and is in the office around 8:15.

Tom says that every day at a venture capital firm is a little different… some days with internal meetings, some days spent meeting new companies or industry experts, and some days meeting with people looking for opportunities in the startup world.

Early to bed, early to rise.

Software-enabled marketplaces (like Zenefits) give software away for free in order to make money somewhere else. Giving away free software lets you grow incredibly fast, which is hard for other companies to compete with.

Though, there probably won’t be a boatload of companies like this. Even though Zenefits has a $4.5 billion valuation by matching companies with insurance providers, there aren’t many businesses who interact with brokers.

“A lot of those inefficiencies have already been captured and destroyed by startups,” says Tom.

According to Tom, machine learning in SaaS is working really well, as evidenced by the first wave (2004-2009), when people started putting on-premise software on the cloud. Now, the next generation of SaaS companies look a little different and are more sophisticated in how they acquire customers, and Tom thinks this will only penetrate the market even more.

Basically, negative churn means that your customers pay you more and more over time without you having to do very much to earn more money.

If someone stops using your service, that’s churn. But if someone stays and willingly pays you more money, that’s negative churn.

Some SaaS companies have natural, built-in properties where customers pay them more over time as they use the product, and the best companies have accounts that expand around 40% each year.

The key to this, says Tom, is having a customer success team to help existing customers get the most value out of the product and help up sell and cross sell to drive more usage.

When Churn Becomes a Red Flag

Tom says that if you have a 7% churn rate per month, then you’re losing 60% of your customer base every year… which can be a really difficult business to build.

They want to keep monthly churn rate to around 2%, but Tom points out that enterprise businesses are able to keep it at 0.5% or less.

In the consumer world though, rather than B2B, churn is a little different. (Think of gyms, for example.) So those economics are different because you’ve got to be able to pay off the cost of customer acquisition within one to two months.

“The higher your churn,” says Tom, “the more money you have to spend each year to keep your revenue the same.”

Tom says that during a company pitch, he has a basic worksheet he fills out with the following factors:

There are other factors he considers, but these are the main points.

But the best metric for startups, he says, is engagement. So much so that he wrote a blog post about it. He says it’s the leading indicator of company growth, product churn, and is a great validation of product-market fit.

Tom says there’s not one consistent pattern he uses to source big deals.

He and his company network via relationships, build a lot of internal systems to identify fast-growing companies, do a lot of events on their own, and conduct surveys.

The Biggest Struggle of Being in Venture Capital

For Tom, the biggest struggle is time management.

He says before he started working in VC, he didn’t realize exactly how similar the job is to that of an enterprise sales person.

As a VC, he says, the transactions they make during the year are really long sales cycles and are very high-value transactions. As a result, he’s constantly figuring out how to properly allocate his time while he’s on the job.

He’s got to make sure he supports all of his existing portfolio companies, that he builds up his network to find the next ten entrepreneurs he’ll work with, and to keep researching opportunities and new startups.

But, he says, when you find a really impressive company, you have to drop everything and chase the company you’re excited about.

Drawbacks of Being a Venture Capitalist

Tom says that being a VC is a great job if you want to invest in the world of startups.

However, some people how get into VC find that they mist the day-to-day work and operations of a startup. As a VC, he says, you’re a coach, not a player… and that transition can be hard for some people.

At 25, Tom had just started working at Google, and he would tell himself to relax a bit and take things easier.

Silicon Valley drives people really hard, and it can be easy to lose perspective.

At one point, he was putting in so many hours at Google that he had to go to the hospital one Christmas Eve because of pneumonia… he was taking his working life way to seriously and his health took a major slip.

He does a lot of LinkedIn searches, and this lets him set up a bookmark and keyboard shortcut so when Alfred pops up, he can type in ‘LK’ and search for ‘Eric’ and it will take him directly to the profile.

He says Alfred’s got a ton of cool extensions like that and it’s really well designed.

A book written from the viewpoint of the CTO, rather than the CEO, is How to Castrate a Bull… and it’s about the story of NetApp, which took off during the dot com era.

Tom says it’s rare to find a book written from a technical founder’s point of view, and this one provides a lot of really interesting perspectives.

How Following Up Can Make You a Fortune 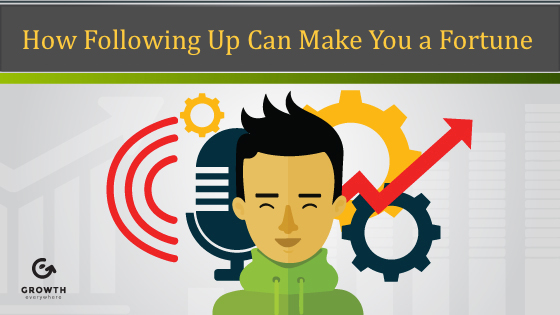 How I Got A 333% Increase In Cold E-mail Response Rates (Plus Templates!)