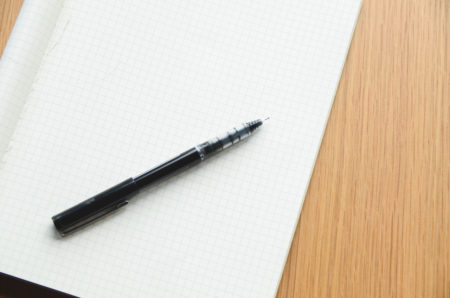 By now, almost every salesperson in the SaaS world has heard of the book Predictable Revenue, also known as the ‘Bible for Sales’

If you haven’t heard of the book Predictable Revenue (also known as the ‘Bible of Sales’), and you’re interested in an effective approach to sales, check it out. This blog post follows that model. For more background on the author Aaron Ross is, you can watch this interview I did with him.

Getting people to respond to your cold calls and e-mails is difficult. The decision makers and executives you’re trying to reach are flying all over the place and they seldom have time for strangers pitching them. I remember in the early days when I did the prospecting and the closing.

Not a good recipe.

Prospecting requires you to operate in a different mindset where you need to stay focused on hitting a new number of prospects and following up every day. Once you get into a prospecting flow, it requires some time to get back into a rhythm.

Think about how developers, designers and writers operate. They don’t want to be disrupted when they’re in the zone.

They’re on a maker’s schedule. Prospectors are similar. They’re trying to ‘make’ more qualified appointments for you.

Sales closers are more similar to a manager’s schedule. They aren’t exactly managers, but they have meetings all day and are jumping from call to call. Here’s an excerpt from Paul Graham’s piece on Maker’s Schedule, Manager’s Schedule:

For someone on the maker’s schedule, having a meeting is like throwing an exception. It doesn’t merely cause you to switch from one task to another; it changes the mode in which you work.

I find one meeting can sometimes affect a whole day. A meeting commonly blows at least half a day, by breaking up a morning or afternoon. But in addition there’s sometimes a cascading effect. If I know the afternoon is going to be broken up, I’m slightly less likely to start something ambitious in the morning. I know this may sound oversensitive, but if you’re a maker, think of your own case. Don’t your spirits rise at the thought of having an entire day free to work, with no appointments at all? Well, that means your spirits are correspondingly depressed when you don’t. And ambitious projects are by definition close to the limits of your capacity. A small decrease in morale is enough to kill them off.

So what’s the takeaway here?

Separate your prospectors from your sales closers. Don’t combine the two. I did that and failed massively. Here’s an example of how you might structure your team using the Predictable Revenue model:

I used to feel panicked when I had the two roles combined. Now that I have them split out, I feel a sense of relief.

But I still had a big problem.

My cold e-mail response rates were an abysmal 3%.

Even though Aaron Ross recommends a 5% response rate (neutral/positive/negative), we were still 40% below target. So I decided to dive deeper to see what the problems were.

Here’s an example of templates we used initially.

SUBJECT: Can you point me in the right direction?..

I’m sorry to trouble you. Would you be so kind as to tell me who is responsible for marketing and how I might get in touch with them?

Are you kidding me? Where is the context? Why would anyone in their right mind forward this e-mail on?

Hi {{first_name}},
I reached out to you earlier and was wondering if you could tell me who is responsible for marketing and what the best way is to get in touch with them.

This leads to my next point.

My big mistake was not catching these poor templates earlier. Management fail.

I had templates that were originally getting a 5%+ response rate and I told my new SDRs to just modify them after training them. Big mistake.

Sending the initial batch of e-mails out is easy. But keeping track of your follow ups isn’t as easy. There’s a lot of manual work involved and this is where we failed massively. 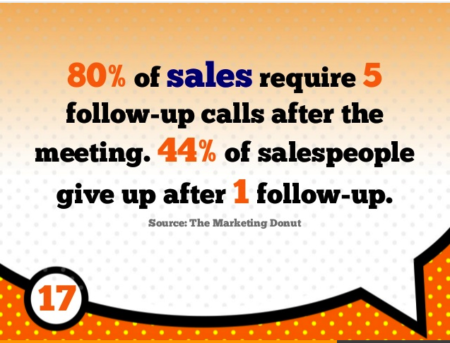 InsideSales indicates that you should be following up at least 6 times. I’d be lucky if I even saw 2 follow-ups. As we know, follow up is a manual process and the more manual work you add, the more room there is for errors.

So my challenge was finding an automated tool that could:

How The Problem Was Solved

The funny thing is although I spent time looking for this tool and came up short, they actually ended up reach out to me.

Outreach.io covers a lot of the points above. It took me maybe an hour or two to get everything set up and I was off to the races. The onboarding process was a bit rocky (never got into an argument with a client success person before) but what really impressed me was that their CEO and VP of Product personally reached out to me to rectify the situation. Thumbs up.

I should also note that my friend, Nelson Wang, pointed out that they use Sendbloom at Optimizely. So I got on a call with them to see what the difference is.

For example, let’s say you started a Analytics company and want to see which companies run MixPanel or KISSmetrics. You could have a brief e-mail go out to these prospects indicating that you have a better solution to solving their analytics issues. The rest of the people that don’t have MixPanel or KISSmetrics can receive a generic e-mails.

However, Sendbloom lacks other features that Outreach has so it’s a matter of preference. I’m not going to do a product comparison here so I encourage you to check out both to see which features are more important to you.

The sequence that I used to generate a 83% open rate/13% response rate is a 5-step sequence. Here’s the first e-mail:

Hi {{first_name}},
My name is {{sender.first_name}} and I’m with YOUR COMPANY, a WHAT YOU DO. We’ve worked with venture backed startups to Fortune 500 companies like NOTABLE COMPANIES YOU’VE WORKED WITH.

We take a different approach to growing companies and aren’t like other COMPANIES IN YOUR NICHE.

We move quickly and if we don’t think we can kick butt for you, we’ll be upfront about it.

Are you free for a chat this week or next about marketing? If so, please pick a timeslot here:
LINK TO BOOK A MEETING (I use Schedule Once)

Here’s a snapshot of my response rates. The 13% that you see is cold e-mails intended to generate appointments for sales.

Why they were effective

There are a few reasons why these worked out:

Sometimes you just need a swift kick in the butt to get you back on track. After auditing our processes, adjusting our templates and automating our follow-ups, we got the results that we were looking for.

If your response rates are below 5% you’re doing something really wrong. In the 10% range you’re on the right track. Anywhere between 10%-30% you’re doing really, really well.

13% for sales and 27% for interview requests tells us we’re on the right track. We can’t wait to see what happens next as we continue to optimize.

GB Ep 53: How to Structure Your Day for Maximum Effectiveness

GB Ep 36: How to Validate Your Idea

GB Ep 45: How I Lost Multi-Million Dollar Deals Due to This Mistake