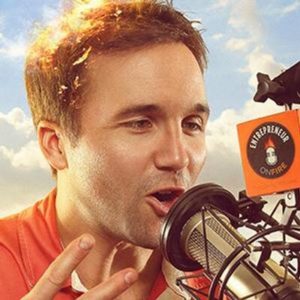 A Soldier from Maine Finds His Passion in Entrepreneurship

In his earlier days, John went to college on an ROTC scholarship and then spent four years as an active duty officer, which included a tour in Iraq.

He finished his degree and then his service at 26 years old, and had a rough time over the next several years figuring out what he wanted to do with his life.

He went to law school, but quit. He walked out the door on a corporate finance job he’d landed. He just couldn’t seem to find his swing.

He finally had an Ah-ha! moment at age 32: he wanted to host the first seven-day per week podcast interviewing successful entrepreneurs.

He faced some resistance getting it started, but now Entrepreneur on Fire has passed it’s 1,000th episode, gets over 1 million listens per month, and earns over $250,000 each month in revenue… and it’s still growing.

Getting His First 1,000 Listeners

When John started out, he really didn’t have any kind of online presence and he wasn’t a good podcaster… so getting his first listeners was really guerilla.

He learned the ropes doing his first 56 interviews, but says he was lucky enough to have guests who held up their end and made the interviews valuable.

He also said that being the first seven day per week podcast, he was able to fill the need for people who were commuting to work every single day and wanted more content to consume while doing so.

Since he filled that void and provided a reliable, steady source of that content, people stayed loyal to listening to him.

He also made sure (and still makes sure) that the first email that leaves his inbox every day is a message to the interview guest letting them know that their interview just went live. He asks them to help share the interview online, and gives them all the social links they need to do so.

He says his guests like to share their interviews with their audience because he brings out different things in his interviews beyond the typical “You’re really knocking it out of the park right now, how are you doing that?”

For example, he talks about some of the worst moments they’ve ever had as an entrepreneur, and a lot of times at the end of the interview, the guests say they’ve never shared those stories before, but that it felt really good to share it.

One of the worst moments of growing Entrepreneur on Fire was in the beginning. For the first nine months of the podcast (three months pre-launch and six months post-launch), no revenue came in.

It was scary, but John said he just had to remain confident that he would be able to monetize the audience he was building eventually.

It also didn’t help that the mentor he hired and the podcast mastermind group he was a part of kept telling him that a seven day per week podcast wouldn’t be a viable business model.

But at nine months, he finally started turning a profit, and it’s only grown since.

How to Produce Seven Interviews Per Week

Every Tuesday, he batches eight interviews (so he can stay ahead of the game) back to back to back from 9 am to 5 pm.

It’s a long day and a lot of interviews, but it is only one day that he has to grind through.

Advice on How to Get a Mentor

According to John, a lot of people looking for a mentor go about it in the wrong way.

He said the most important thing about trying to find a mentor is to look for people who are exactly where you want to be, and then reach out to them for a mentorship.

Instead, he says, too many people look for mentors who are just generally successful. It can be helpful, says John, but it won’t help you reach that full potential you’re looking for.

Even Richard Branson wouldn’t be a good mentor for a lot of people, he says.

But when it comes to asking for a mentorship, John says that fortune favors the bold.

Even though he personally turns down a lot of mentorship requests, when someone does reach out to him, he usually refers them to someone else who he thinks would be a good mentor for a free 15-minute call to see if they would be a good fit for each other.

How Much Does a Mentor Cost?

The investment in a mentor doesn’t always have to be financial. You can also offer your time and services for free as a value exchange, says John.

But, if you do have the money to spend, you can expect to pay anywhere from $1,000 to $2,000 per month in exchange for a weekly 20-30 minute phone call, reasonable email access, and accountability.

The Reason Behind Publishing Income Reports

John says that when he was first looking into online entrepreneurship, he came from a very traditional background (military, corporate finance) that tends to be more close-minded and looks at online business as a bit slimy.

But he did some searching and found that Pat Flynn had been doing these income reports since 2008, and that he was a nice, genuine, hard-working (not slimy) guy making great money online.

He wanted to be a beacon of light to podcasters like Pat Flynn is to bloggers and niche site owners. So when he started bringing in $50,000 to $100,000 per month, he wanted to start sharing his income reports to help inspire others interested in podcasting.

The Theory Behind Giving Away Free Courses

When John came up with the idea to launch his free podcast course, he got a lot of slack from friends saying that he would decrease the value of Podcaster’s Paradise, but John wanted to do it anyway.

He says his success comes from delivering free, valuable, and consistent content.

But now, over 150 people per day sign up for the free course, and it acts as a huge marketing arm for them… even leveraging more people to become a part of Podcaster’s Paradise, rather than less.

Numbers on Live vs. Automated Webinars

John says that if he gets 1,000 people to sign up for a webinar, around 300 people will actually show up, and anywhere from 10% to 20% of that number will convert into sales.

These numbers are fairly consistent, and since they know that, they can use the info to run a lot of Facebook ads knowing what their cost per conversion is going to be.

A live webinar, on the other hand, converts less than 0.5% of attendees into sales.

John says it’s simply because live webinars don’t have the same feel, but he still provides them for the people who can’t manage their schedule to attend the live webinars he hosts.

He also says that sometimes people like to watch a recorded webinar, get a feel for it, and then decide to jump on a live webinar to ask him some questions.

Where His Energy Comes From

John says that even though he was always an energetic and happy child and young adult, but from age 26 to 32, he kind of lost that happiness and positive energy because he felt confined in law school, corporate finance, and cubicle life.

But now, he gets to talk to successful entrepreneurs for a living, and that’s not something he takes for granted.

One Common Trait to Entrepreneurial Success

“Focus would be the one common trait that I see, and it’s a word I love talking about,” says John.

He even has an acronym for it:

So many people, he says, are 80% done with 10 different things, which is sad to see.

Instead of going a mile wide and an inch deep, he says it’s important to focus on one project that you can go into a mile deep and just one inch wide.

When you find that project, you can throw your heart and soul into it, and that will be the area where you dominate in the business world.

“Don’t try to be a renaissance man or woman,” he says.

“There’s a whole huge life ahead of you. Relax. Stop getting caught up in the rat race.”

John wakes up at 5:30 every single morning, and then promptly spends an hour and a half taking care of himself: he goes for a power walk around the bay including an seven-minute training circuit for a full-body workout, prepares a healthy breakfast, takes a shower, hydrates, and maybe watches the AskGaryVee show.

When he sits down to get to work at 7 am, the day is ahead of him and he can focus directly on his work rather than thinking about things like hunger or the need to work out.

On a day-to-day basis, his calendar dictates what he needs to do.

For example, on Tuesdays he does interviews, on Wednesdays he does webinars and interviews for other shows, and he rarely schedules anything external on Monday, Thursday, or Friday, focusing on internal and big-picture work instead.

John recommends The One Thing by Gary Keller, which is a book on the theme of focus and shows how humans don’t do well trying to multi-task.

The Quick & Practical Guide To Google Tag Manager (With 10 Videos!) 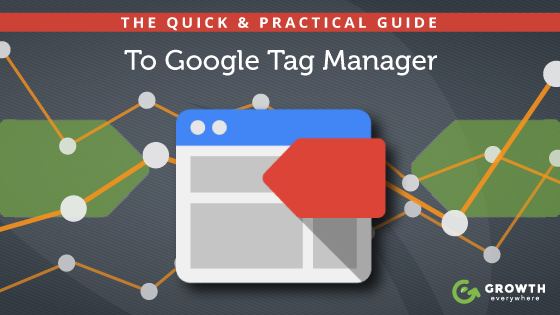 GB EP 13: How To Get Started With Internet Marketing & Parlay It Into A Job At A Startup