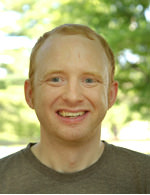 Hi everyone, today we’re talking to Ben Congleton, co-founder of Olark, a tool that lets over 10,000 companies chat with their website visitors online. The tool lowers the first-touch communication barrier and helps with sales, prospecting, and funnel optimization. Today Ben’s got some interesting insights on setting up a strong remote work culture and what it was like to start off with just four people in a small town house.

Ben got his entrepreneurial start as early as elementary school, when he sold pencils to other students.

By the end of middle school, he’d graduated from pencil selling to getting paid for website consulting.

Because of this, he’s never had a paycheck where someone else was paying him to do something that wasn’t attached to the company he was running… which he says has given him a neat perspective on building companies.

Today, Olark has over 10,000 customers and has facilitated over 52 million chats online… with an average of a little over 63,000 chats per day.

For the most part, companies use Olark in one of three ways:

In 2007, Ben and some friends had a consulting company together, but they realized that they didn’t really like consulting, so they spent a significant amount of time playing with other ideas.

They would bill their clients $75 per hour and pay themselves $25 per hour, essentially buying themselves two hours of time to spend on side projects for every hour they spent on consulting.

Their first few ideas totally failed, and Olark was only one of many ideas they were playing with.

But, in 2008, Olark reached a point with so many free users that they had to decide if they wanted to kill it or make it a real company because it was taking a lot of time and affecting their consulting business.

So they went through Y Combinator and came out of it in August 2009, in the same batch as MixPanel, Bump, and the first version of Stripe, which failed.

They weren’t one of the hottest companies in their Y Combinator group, but they had a real passion to build something great and weren’t necessarily interested in a quick win. So, when they finished the program, they decided to bootstrap rather than raising money.

Y Combinator gave them $25,000 that they used to pay rent and feed themselves, and they managed to raise $60,000 from friends and family. They used the money only to support themselves, and didn’t give out salaries.

Over the next 1.5 years, they had a daily graph emailed to them that showed them their revenue, and when they crossed one of their goals, they would celebrate with buying things for their house… like a cheap grill from Craigslist.

By living and working together in the same house, they learned a lot about communication styles and resolving conflicts, which made their company very communication-oriented, which is exceedingly important now that they’ve got a remote culture.

Ben and his three co-founders lived in a small, 700-square-feet three bedroom townhouse.

Each bedroom was large enough to put a mattress on the floor, and the dining room was converted into a curtain-covered bedroom for the fourth member. The living room was nothing more than 4 cheap desks with office chairs that they found on Craigslist.

Every day, they’d roll out of bed, walk downstairs and work. They were too cheap to eat out, but luckily they’d just come out of college and didn’t have any dependants, so living scrappy wasn’t such a big deal for them.

But the good thing was, they were really close to Y Combinator, so they’d take advantage of open office hour slots with Paul Graham any time they had the chance.

And even though the mix of four personalities would drive them crazy sometimes, Ben says it’s rare that everyone would hate the same person at the same time, so there was usually someone there to help break the tension.

Even though Olark was free to use at first and they weren’t making any money from it, Ben and his co-founders knew they had good traction because they weren’t spending a lot on marketing, but were still getting a lot of signups per day.

People were telling their friends about it, and the graph of active users kept moving up. They had 2,000 users before they launched their paid version.

The one thing Ben thinks that was most important to sustaining their growth and not having high churn is investing a lot in customer service. By rotating everyone in the company on customer service, Ben says it’s aligned the entire company around providing an amazing service to their customers.

Other levers include having a link back to Olark in every chat box, being very popular amongst startups who like to blog about the results they get from the different tools they use, and partnering with Shopify.

Ben says their strong remote work culture ties back to their core values, which create an acronym to spell CHAMPS:

To help the remote team feel even more connected around these values, they have a weekly team sync, where they open a Google Doc for kudos, and everyone on the team can make thank-you statements for other team members.

They also structured their company to be remote first… so even in their location-based offices, most of their communication happens over HipChat, and the office is basically silent. This way, the remote workers aren’t seen as second-class citizens.

When you have a location-based office, says Ben, you automatically have a way that co-workers can hang out and meet each other’s families.

But when you’re remote, and most people are working from home, you’re really recruiting the whole family, since being at home physically without being there mentally can cause some tensions.

So in order to humanize Olark to both their employees, their significant others, and their children, they do a yearly, one-week company retreat, with all travel and hotel expenses paid for the employees and their families.

The retreat starts on a Saturday, and the first two days are fun, group activities… kind of like an Olark family reunion.

On Monday and Tuesday during business hours, they hold an un-conference with their employees, and let individual teams get together for the rest of the week working on things that are easier to do in-person rather than remotely.

The guests, on the other hand, get to hang out with other significant others and children. There’s a lot of people around, so it’s usually pretty fun.

“Understanding and mastering self-awareness is something you don’t understand yet, but it’s something you should take very seriously. It will help you be so much more powerful.”

“The better you understand yourself, the more you can control your happiness.”

“Having really good self-awareness sort of gives you superpowers.”

GB Ep 39: The Most Important Interview Question You Need to be Asking

Should You Hire People That are Smarter Than You? A Data-Driven Answer

GB Ep 10: How to Hire a Virtual Assistant