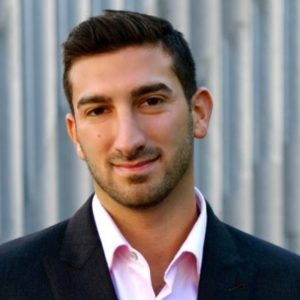 Today I’m talking to Max Altschuler, CEO of Sales Hacker and author of the new book Hacking Sales. Max’s sales career began at the early days of Udemy, where he had to figure out how to grow the company by 20% each month without spending much money or using a lot of resources. Since then, he’s become a master of using technology to hack sales, and he tells us how he’s used this knowledge to build a successful business based on helping sales professionals do their jobs.

As the sole person responsible for growing the instructor side of Udemy’s online education marketplace and the classic startup problem of having no money to do it, Max had to find a way to generate revenue using fewer resources than the vast majority of sales teams did.

He figured the only way to do it was to hack his way through it, so with technology, he built up an amazing virtual outsourced SDR (sales development rep) team to help get Udemy through their A-round and B-round of funding.

After his success there, he left for a company called Attorney Fee (now LegalZoom Local) where he was responsible for growth in a similar way.

Then, he started Sales Hacker Inc.

At first, it was nothing more than a meet up, and when he left Attorney Fee, it developed into a conference.

After the huge success of the conference and the realization that despite sales being everywhere, there weren’t any college courses, education or real content on sales, Max realized what he wanted to do.

Within the last 2-3 years, says Max, companies have really started to develop technology for sales people. With Sales Hacker, Max plans to ride that wave and be one of the key players pulling the trend forward, and playing a big part of the conversation while showcasing new tools and educating companies and startups on how to embrace technology in the sales process.

When Jason Lemkin asked for Max’s help with The SaaStr Annual conference, Max recognized that working with sales technology as a part of Sales Hacker and SaaS companies were very closely tied, that it only made sense to get involved.

But since Jason’s conference was four to five times bigger that the Sales Hacker conference,  the scale and the fact that they only had a five-person team to turn fantasy ideas into something practical and doable was interesting and a bit tougher.

But even though the conference was so huge and involved a lot of hard work, Max says it had the highest-quality attendee list he’d ever seen at an event. There were CEOs and executives from some of the fastest-growing companies, great VC-backed entrepreneurs, and everyone was incredibly open to quality conversation.

Exactly why conferences are worth the headache

Putting on a conference is a task with a very hard deadline, all kinds of potential problems, and lots of personalities, vendors, and live technical difficulties to deal with.

But even though it can be incredibly stressful, Max says it’s worth it – especially for the business model he’s trying to set up with Sales Hacker.

At it’s core, Sales Hacker is a full-service media company that does publications, hot conferences, and meet ups in 30 cities all over the world. The idea is to build a community from the events and get high-level people involved.

With the community behind it, Sales Hacker can be a company that is about conversation and helping its community members in different ways. Already, lots of doors have opened, and they’ve had to pick and choose which opportunities to pursue to grow their business.

With their own brand, they’ll be able to do whatever they want with it.

As an example, Max cites Jason Lemkin who built the SaaStr brand. While other VCs are running around chasing deals, because of the SaaStr brand he built, Jason can sit back, relax, and get access to invest in some of the best companies who often give him better deals and terms just because of his brand.

At their conferences, they don’t sell out their attendee lists or let sponsors pay for speaking spots. Instead, they do things that speak to the core of building an authentic community people can trust.

A few of the things they’ve been able to do because of their branding so far include:

Backing things up a bit: authenticity from the beginning

In the beginning, Sales Hacker meetings were an invite-only ordeal – sort of like a private mastermind group. It started with four guys meeting together each moth to hack things out and figuring out how to make the sales process better.

They were figuring out things around building lists and managing virtual assistants, and over time, they invited more and more people in their networks who were doing interesting things in sales. By their last meet up, they had 20 people, and Max says the reason it was able to grow that much via an invite-only process was because it was authentic and genuine.

Keeping the events genuine and useful

Because panels tend to be a handful of people rambling and saying the same things, Max isn’t a fan of them because he feels they’re inauthentic and devoid of actionable information for an audience. So he doesn’t use panels in the events he hosts.

Instead, he prefers to give one speaker a set amount of stage time to really go deep into one topic.

For example, at the Sales Hacker series events, they usually have three 20-minute spots with one over-arching topic. And for their conferences, they’ll line up 10 different 30-minute sessions with some Q&A to follow.

He says having just one person zoom in on a topic helps people a lot more and provides for a great Q&A afterwards.

The biggest struggle in growing Sales Hacker as a business

According to Max, everything in a startup is a circle of, “We want to do that thing and do it really well, but we need to hire someone to do it. We can’t do it until we hire them, but we can’t hire them until we do it.”

As an entrepreneur and a sales guy, he says he’s impatient and wants to move extremely fast. In reality, he’s happy with the speed they’re going, but is always striving for more.

Max says that Hacking Sales is all about building up the sales process from the early-stage startup perspective, and is written for sales reps and entrepreneurs. It’s a how-to playbook on the entire sales process, and each step has tips and hacks behind it that you can use to optimize your sales. It also showcases 200 different sales tools you can use to automate your sales process.

The idea of the book is to help sales professionals and entrepreneurs do what Max did in his days at Udemy and Attorney Fee: get high-velocity sales as quickly as possible, because especially in a startup, time is money. It helps readers generate more revenue while using less resources and time.

Advice to his 21-year-old self

“Put your head down and work hard.”

Max says a lot of people get into SaaS and sales wanting to network and read TechCrunch all day. According to him, that’s all a waste of time if you’re not actually getting any work done.

He also suggests being transparent and writing about everything you do. He says it’s really not possible that anyone could copy you – no one will be able to out-execute you at your own process.

Max says that he really looks up to his father because, “He’s a happy guy, he’s done so much, and if I can be that successful when I’m his age, I’d be pretty happy with it.”

Max’s dad was the kid reading stock quotes at age 13 and who became a stock broker turned financial advisor. Max says he’s also always been really good at sales because he’s genuine, authentic, has a high level of empathy, and people trust him.

To boost your productivity, Max suggests spending the time to find and hire a good virtual assistant, and train them to do all of your menial tasks.

Beyond doing things like scheduling, he says a lot of virtual assistants are so professional and smart that they can work directly in tools like SalesLoft, ToutApp and Yesware to take care of even some of your higher-level work.

Max recommends the 48 Laws of Power because it’s full of great stores and teaches you a lot about strategy.

He says he finds most business books boring, but this one is a fun read and is actionable. 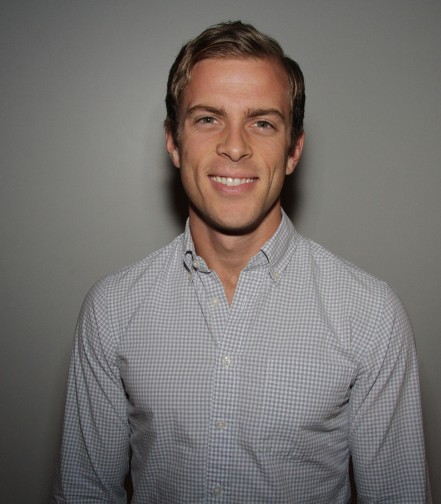 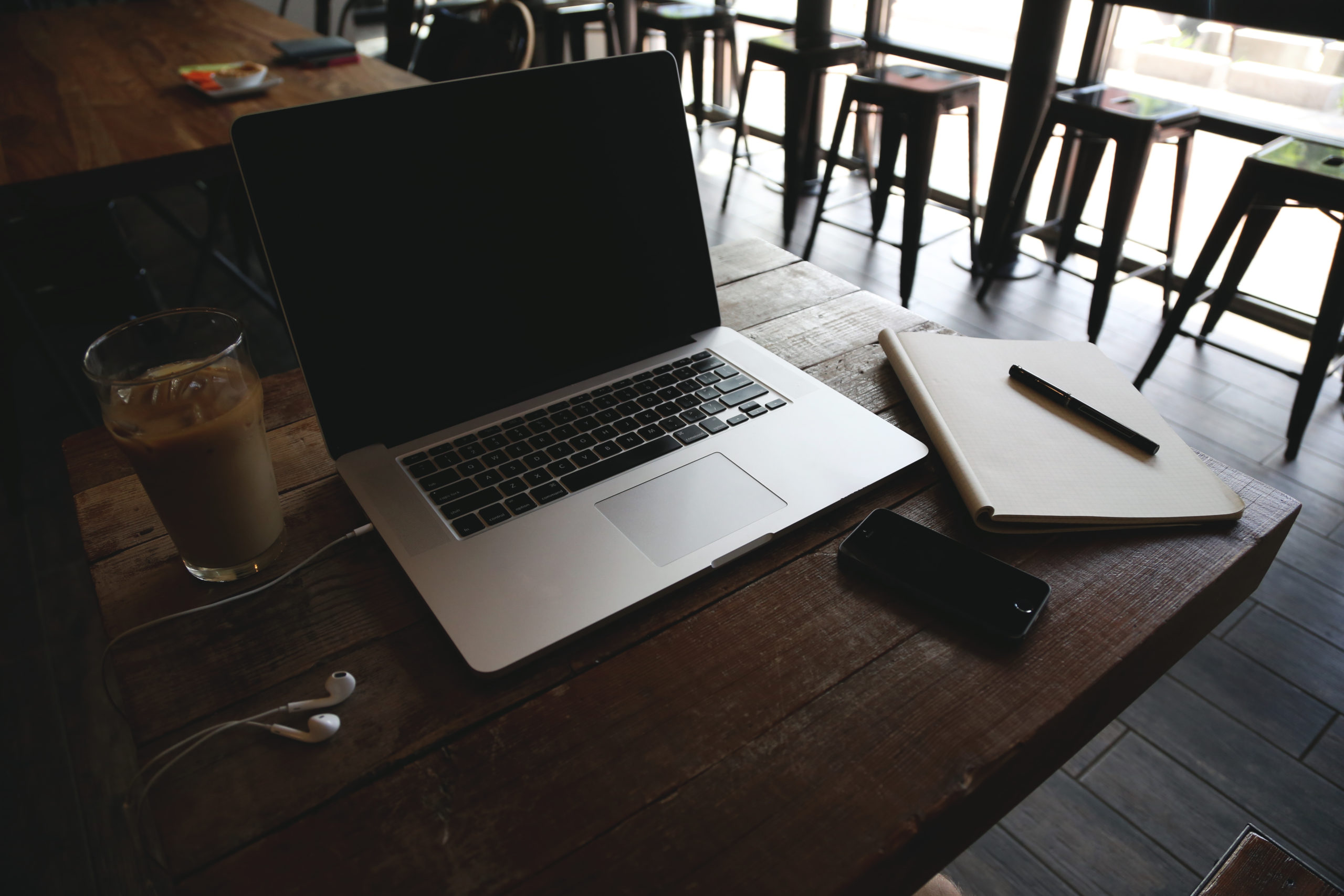