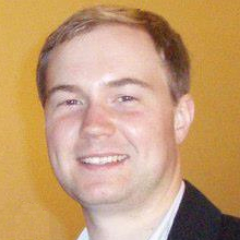 Hi everyone, today we’re talking to Zac Johnson of ZacJohnson.com, Blogging.org, and the Rise of the Entrepreneur podcast. He’s made a living and built a business around affiliate sales and his own product launches, which is something I think would be helpful for those of us in the tech world to wrap our heads around.

Zac started making money online in 1995 as a high school student. He made his first few dollars by creating banner advertisements for people in the AOL web diner, and soon made it his mission to make some real money online… the banner ads were only earning him $1 a pop.

He got involved in the Amazon affiliate program by creating an online celebrity directory with affiliate links to the movies and music associated with the celebrities he listed.

The site got a lot of search engine traffic, and with a 5% to 15% commission from Amazon, he did six figures in sales in just a few years, while he was still in high school.

The taste of affiliate marketing then got him interested in CPA (cost per action) marketing, where he could make money of his site audiences without them having to pay a penny… he just had to get them to sign up for a free magazine or fill out a survey.

He continued finding cool ways to make money on affiliate sales until he launched ZacJohnson.com in 2007 as a site that would help people learn what he’d done over the previous years so they could do it too.

Selling His Own Products

On ZacJohnson.com, Zac says he’s been able to sell ads, but his main product is Blogging.org, which came out as a result of everything ZacJohnson.com has done, and offers a membership-based course.

Jon says he gets thousands of people visiting his sites on a daily basis, but the numbers fluctuate based on how much content he’s pushing out and how much promotion work he’s doing.

On average, he says he gets about 2,000 visitors per day, but that can get up to 5,000 per day if there’s heavy promotion work going on.

He says that being a guest on a podcast and writing guest posts are some of the best ways for him to get his name out there as an expert in the space, generating more traffic back to his sites.

When It’s Time To Create A New Product

Jon says he usually knows it’s time to create a new product for his audience when he has the following things going on:

When someone lands on Blogging.org, they see a landing page with a video at the top to watch and enter their email address in exchange for 7-day email sequence filled with vale.

After the 7-day email autoresponder series, they get an opportunity to test membership of a $97/month buy-in for only $1 for 7 days.

After they buy in, a new course unlocks every week, so over eight weeks, they get access to all the content.

People usually stay members of the site for 2-3 months, yielding anywhere from $194 to $291 per sale on average for Jon.

“I think the internet goes through these big bubbles every once in a while,” says Jon. “Like right now the craze is in webinars.”

But that said, scammy webinars and spammy-looking content will never do well.

Internet users aren’t stupid and see advertisements (good ones and bad ones) all over the place. He’s says you’ll know you’ve got a quality offering when people not only sign up, but start telling their friends about what you’ve got to offer.

Beyond getting better at copywriting in general, Zac suggests A/B testing.

Even if your copy is garbage or amazing, he says, switching things like a green button to red can make a big difference in conversion numbers.

He also says it’s a good idea to check out what other people in your niche are doing to keep A/B testing good ideas alongside what’s already working for you to get the best results possible.

Zac says that Facebook is really good for retargeting ads for people who are already on his mailing list, and people who have already visited Blogging.org… that way he doesn’t have to pay a ton of money advertising to people who have never heard of him before.

Up until now, he’s only done live webinars, but his attendance rate from his signups is usually 30% to 60%, and each webinar lasts from one to one and a half hours. From that, he gets about 5% to 10% conversion rates.

Each webinar runs him from $300 to $600 to put on, and he gets anywhere from one to three signups for his $497 lifetime access product that he promotes at the end of the webinar.

Right now, he says he’s working on cleaning up ZacJohnson.com by going through and updating all of his old content from 2007 and after that’s not so applicable anymore.

He wants the website to be useful to people, and to tie it back to Blogging.org, which is his main focus right now.

A Day In the Life

Zac says he doesn’t use a set hour-by-hour schedule to get his work done.

Instead, he wakes up, checks his email, and has a list of a few tasks that he needs to take care of that day, but that can be done at pretty much any time.

His only fixed time commitments are podcast interviews, speaking engagements, and meetings, but his otherwise fairly open schedule works well for him.

Hacking Your Way to an Incredible Sales Funnel

Zac says the best way to learn how to create a great sales funnel is to create a separate email account and join all the lists of the sites you like, the podcasts you listen to, and the blogs you read.

One month later, go back and check that email account and look through the flow process of the different websites.

Anyone who starts throwing ads at you immediately is doing it the wrong way, says Zac. They’ve got to focus on building a relationship with you first.

“Stay focused on whatever it is you’re working on… Focus on what you’re good at and just keep pushin’ it.”

Zac suggests staying on yourself and not letting yourself get lax about your work. There’s not secret to it, but it’s what works.

“You can’t relax in this industry,” he says, “because as long as you’re relaxing, somebody else out there is working to get ahead of you.”

Zac suggests The Freaks Shall Inherit the Earth by Chris Brogan. He says it’s a fun book about business, entrepreneurship, and seeing opportunities from a different angle than people tend to think about them.

GE 93: How Bplans Created A Content Production Process That Helped It Eclipse 300,000 Users

GE 105: How Jason Treu Got His Book To Rank #1 On Amazon In Multiple Categories

GE 95: How Wet Shave Club Leveraged Instagram to Get To $350K In Revenues 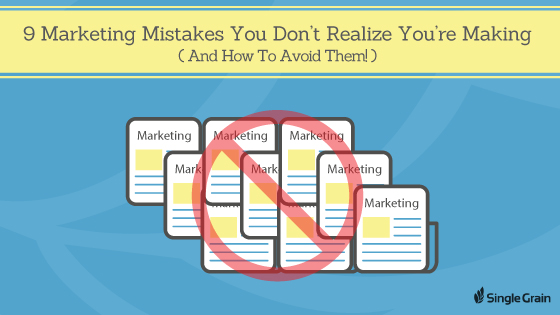