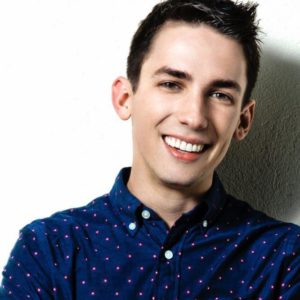 Hi everyone, today’s interview is with Mattan Griffel, CEO and founder of One Month (formerly One Month Rails), a company that helps you learn career-based, applicable skills in as little as one month. He’s been named as one of Forbes’ 30 under 30, and has some great insights on how to piggyback for traction until you can stand on your own two feet.

How Personal Experience Lead to The Creation of One Month

When Mattan himself learned how to build an app in Ruby on Rails in about a month, he kept getting a lot of questions from people curious to do the same thing:

Basically, all the questions that casual online learners usually have when they’re trying to learn something.

One Month Rails was created as a way to answer these questions and to genuinely help people do the same thing Mattan did. It provides 15-minute instruction for 30 days… and in that time, leads people though the creation of their own app.

Basically, they focus around business and technology.

Results of the Classes (They Actually Work)

Mattan says it’s hard to keep track of all the positive testimonials that have rolled in over the years, but he gives two examples of people that have achieved great success with One Month’s courses:

One student, who was a 19-year-old college dropout, took the One Month Rails course and landed himself a job as a full-time developer without the college degree that’s typically required.

But after a few months of working there, the management liked him so much that they fired their CTO and hired him as the CTO’s replacement.

Another designer took a course to become a front-end developer. Coupled with her design skills, she’s now making double the income she was before.

Until now, One Month has had around 20,000 students so far across all their courses, all paying at least $99.

But since there are lots of different online coding schools out there, One Month has to do something special to separate themselves from the competition.

Companies like Treehouse and Lynda offer libraries of courses, but they leave it up to you to construct your own curriculum, which can be a little overwhelming. One Month, on the other hand, hand-picks their content and only goes after the best teachers, making the whole experience really easy to navigate so people are more likely to finish and get lasting value out of it.

They also strive to give the same outcomes that a student would get with an in-person education, so they can walk away with real, concrete skills instead of wasting time only listening to boring lectures.

For this, they have people who follow along with you to give you feedback, review your work, and to talk you through when you run into problems.

People tend to be really skeptical that they can learn a solid, career-boosting skill in only 30 days, but Mattan says it’s absolutely possible.

For example, in their Rails class, they show people how to build a photo sharing app and how to customize into whatever they want. Most people are completely shocked that by day 3 they’ve already deployed their application live.

In addition, the courses are made to fit into the lives of real people who have responsibilities and things to do. If they want to step away from the course for a while and come back to it, they can easily pick up where they left off.

And while each course is built to be 30 days worth of content, the average person finishes in around 6 weeks – which is still pretty good.

In the very fist stages of One Month Rails, Mattan was teaching at General Assembly and proposed a class idea about how to teach yourself to code. They gave him the okay, and he had a small, 40-person class that showed up every two weeks.

Because it was put on by General Assembly, he didn’t have to worry about marketing the course… he just had to prepare the materials, show up, and teach.

As the course evolved, he put his slides online and ended up offering the course on Skillshare… this is what he says was the first version of One Month Rails.

Because the course was on the Skillshare platform, they promoted it on their home page and featured it in their newsletter.

Along the way to establishing his own platform, he piggybacked on whatever was available, which he says is the way to go.

Since there’s such a huge learning curve with teaching online courses, Mattan says that if you have to tackle everything at once, you’ll get overwhelmed.

Moving Up With Pricing

As Mattan refined his course and moved up the online education platform world, he increased the pricing of his course.

On Skillshare, the class was only $20. The second version of the class ran for $49, and finally, the third version costs $99.

He says that when you’re using someone else’s marketing channels, you can afford to go a little cheaper, because they can afford to spend more than the cost of your course on user acquisition, since that person will likely take more courses in the future.

But when you’re doing your own thing, you have to increase the price.

When it comes to getting more users on their platform today, Mattan says they do four things that are fairly unique:

Mattan says that with almost all paid ads, you really just want to drive people to an email capture page.

Right now, they use podcast ads to send people to course landing pages, and though they’re starting to do more of the email drip, it’s live and rolling for only one of their courses.

Mattan says he faced any and all startup struggles you can think of.

For example, on hiring: they didn’t start hiring people to their team as quickly as they should have, and when they did, they didn’t do background checks… leading to one guy going to jail a week after they hired him.

In publicity, they accidentally ran a link from their TechCrunch feature to a test page rather than the actual landing page. It took them three hours to figure out why they were getting loads of traffic but no signups and to fix it.

“When you’re a startup,” he says, “you’re doing most things wrong. You’re only doing a handful of things well, and even those things you’re doing wrong.”

On The Brink of Failure Before Things Even Started

Before the Skillshare class happened, Mattan said he was down to the last $200 in his bank account. He was reaching out to mentors to ask if they knew of jobs he could take, because he was so desperate.

But fortunately, one week later, they were getting 100 signups per day on Skillshare, and he suddenly found himself with $10,000 to $20,000 in his bank account.

Never Forgetting Anything Ever Again

When a really successful Jeopardy winner told Mattan about spaced repetition, he became fascinated by the idea.

You can use it to memorize a lot of random facts, but you can also use it to help you learn a language or remember names and birthdays.

Mattan says he used it to learn Spanish and now he’s using it to memorize speeches and poems so he can become a better speaker.

At the core of it, it’s a flashcard system. If you’ve already learned something, you don’t see the card again until just before you were about to forget it, which makes the learning and memory really efficient.

“Use your free time while you have it.”

He says he would advise himself to dive deep into something, explore it, and shut himself off from the world because he still could and didn’t have as many responsibilities.

Mattan says he writes 750 words every day in the morning, and from this, he’s gotten 30 of the blog posts he’s published in the last year.

Since starting the writing exercise, he says his anxieties go away after he sees them on paper.

The Martian, he says, is about an astronaut whose mission goes wrong and he gets stranded on Mars. His equipment and supplies are designed to last 30 days, but he knows if he can stay alive for two years, the next mission will come and they’ll be able to save him. It’s all about science and survival. 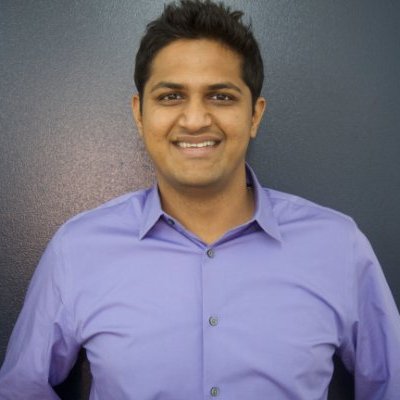 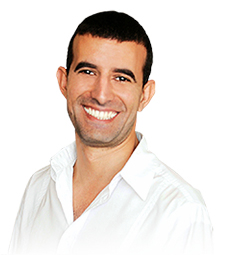