GE 118: How to Effectively Reduce Your Facebook Lead Acquisition Costs By 50% or More [Podcast] 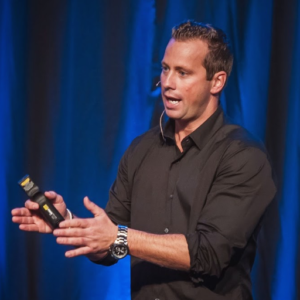 Hi everyone, today’s interview is with Keith Krance, founder of Dominate Web Media and author of The Ultimate Guide to Facebook Advertising. He’s been running, managing, or teaching Facebook ads since their inception, and now he’s also a speaker on the Perpetual Traffic podcast, which I recommend you all listen to.

During the interview, we go in-depth on real, actual tactics that Keith teaches and uses with his clients to help prevent their accounts from getting banned, to lower their cost per click, and to optimize their Facebook budget for better bottom-line results.

He gives a lot of information to chew on, especially for those of us in the tech world who tend to run our Facebook ads to a landing page and call it a day.

What Dominate Web Media Does

Keith originally got into Facebook ads in 2009, when he was a part of two different franchises and owned multiple brick and mortar stores.

As a brick and mortar business owner, his default, go-to advertising methods were things like direct mail, billboards, and local radio and television ads.

He started dabbling with digital marketing, and was blown away with the setup of it.

Traditionally, for example, he’d spend $10,000 per month on a billboard upfront without any idea what the ROI would be. But in the digital world, you could essentially put up an ad (like a digital billboard) for free, an then only pay an a per-click basis, when a potentially customer actually decided to come in for a visit.

To boot, you could control the fact that the digital billboard was only shown to your ideal audience, and then only pay if they actually showed up on your website.

At that point, he went all in with Facebook, and published his own book in 2010 as an authority piece. (In retrospect, publishing that authority piece may have been the best thing he’s ever done, because it landed him a great anchor client that got his name out there to other gurus.)

In the offline networking world, says Keith, you don’t get new clients instantly. You have to build relationships and stay in front of people for them to eventually trust you enough to become one of your clients.

And recently, Facebook’s algorithm has caught onto that… but it’s also actually what Facebook users and customers really want, anyways.

No one likes to meet the guy at the party that’s trying to pitch his business to you thirty minutes after you meet, and in the virtual world, Facebook has replaced the party/coffee shop/networking event/conference as an online version.

Some of the best deals that have ever been done start as a result of two people meeting at a party, but a relationship is always built and nurtured after that first, initial meeting.

Being a Memorable Party Guest Instead

“The majority of your spend should be focused on driving traffic into some sort of conversion-focused campaign,” says Keith.

And being conversion-focused almost always means leading people through steps of conversion… each step signifying that they trust you more and more.

And to start, you need really basic steps that don’t require them to immediately jump onto your bandwagon right away. You pretty much just need an equivalent of “Hi, nice to meet you. My name is _____.”

To do this, you can pick a few pieces of your best content and amplify them through Facebook. Like creating and running a Facebook ad to one of your most popular, most helpful blog posts.

After they’ve visited your website, then you can create a pixel and start running ads to a lead magnet opt-in page.

Then, after that, you can focus on driving traffic to sales-based or free trial-based landing pages.

In order to be successful with your Facebook ads, says Keith, you need to think about where people are in your conversion funnel and have three to four types of campaigns going for people at different stages in your funnel.

As an example, Keith says Betty Rocker is doing a great job, and that once you set up two to three different things, you have something running in the background that’s basically a traffic-making machine for both cold and warm traffic.

Why People are Getting Their Accounts Shut Down

Keith says that your account history with Facebook affects both whether or not your ads will get approved and the pricing of your ads.

If you are amplifying engaging content, for example, it can actually affect your future pricing in your favor.

Every time you do something that’s good will based, you’ll get higher relevant scores, less negative feedback, and lots of shares and comments.

And when you run content with high relevant scores, you’re building up your safety net for running traffic to opt-in pages. Because if your negative feedback ratio gets to a certain point, Facebook will ban your account.

Normally, says Keith, your cost per lead will still be much higher if you do content amplification and then a lead magnet, than if you went to the lead magnet directly.

If your cost per lead was $6 with cold traffic and now you’re starting to run content amplification, you might notice that your cost per lead decreases to $4 each. It can be 20% to 50% cheaper depending on your content, says Keith.

But even if your cost per lead stays the same with both warm and cold email gathering, Keith says that your end-funnel sales conversions tend to be 20% to 30% higher with warm traffic that’s been retargeted, than simply cold traffic.

When you focus on using your Facebook ads to create a trust-building funnel, there’s three main parts which each require separate parts of the budget. Keith gives rough percentages that can be played with and adjusted:

Breaking down the lead magnet part of the budget (the middle 40%), Keith says you’ll want to have at least one main campaign where you test different images, and the other part of it should go to video ads. (The videos can also be shown to cold traffic.)

(Note: The video idea is something I can personally vouch for. I was getting leads for $7, but once I turned on video ads, my cost per lead went down to $2 to $3.)

Though Keith wouldn’t recommend this to most people, he had one client who put a 30-minute video in a Facebook ad that was normally on their Thank You page after someone opted in for their lead magnet.

But for everyone else, he says that you’ll notice that you lose 95% of your video ad viewers after the first 10 seconds, but your goal isn’t to go after that 95% – your goal instead is to get that 4.5% who will watch the majority of your video, so you need good content.

He says not to focus too heavily on the length of the video (as long as it isn’t too long, of course), but instead to focus on using text overlays, because they can be really game-changing.

In fact, he says he’s got one client who’s a YouTube expert who’s currently killing it with a seven-minute video that leads to an opt-in to watch a one-hour video.

Keith says that making any kind of results-oriented claim about anything in your Facebook ad text is a bad idea.

It might suck, but he says that the reality is that the people working in the compliance division of Facebook Ads are 22 and 23-year-old recent graduates who are fresh out of college and don’t realize that if you’re an entrepreneur, you can write your own ticket if you put your head down.

“It kind of sucks,” says Keith. “It’s really frustrating. But that’s how it is.”

The other thing they take into account, besides making claims that they deem are unrealistic, is the amount of negative feedback you get from people hiding your ads from their feeds or saying that they don’t like them.

Doing content amplification can help counter-act any negative feedback you get, but at the end of the day, Keith says, you’ve got to go back to the scenario of meeting people at a party and acting like the guy you’d like to meet.

And rather than getting frustrated with Facebook’s rules and algorithm, you just need to try to figure out how to build relationships with people and be authentic.

The more you can speak from your voice, the better, he says. It really does make a difference.

One of the most important reasons for running campaigns to get more likes on your Facebook page is your ability to re-market to your fans.

It’s like building a strong retargeting list, but you need to make sure you’re very specific in your ad copy for those campaigns.

Basically, you want the end result of the campaign to be people voluntarily raising your hands to say yes, they’d like to hear more from you.

Another reason, and perhaps the most important one, is to increase your friends of fans connection targeting.

Certain ads on Facebook show you which of your friends like a page even before you see the word “Sponsored”, which provides huge social proof that increases click through rates, relevant scores, and lowers costs per click.

It also grows your reach exponentially. For example, if Keith has 4,000 fans and he wants to target people who like Tony Robbins and who have a friend that likes his page, he might have 30,000 potential targets.

Keith recommends Essentialism, a book he’s currently going through for the third time.

It’s a book that’s about being very selective about what you say yes to, and helps you realize that every single time you say no, you’re actually opening yourself up to a better opportunity later because you’re giving yourself the ability to focus.

Perpetual Traffic is published by Digital Marketer, and it’s hosted by Keith, Molly Pittman (the VP of Digital Marketer), and Ralph Burns, who is Keith’s agency partner.

The goal of the show is not to just talk about a different tip every week, because they didn’t want to bombard and overwhelm people with advice.

Whenever they talk about a specific tactic, they try to make it a series of two to three episodes, or a case study where they have three episodes in a row of a person telling their story. 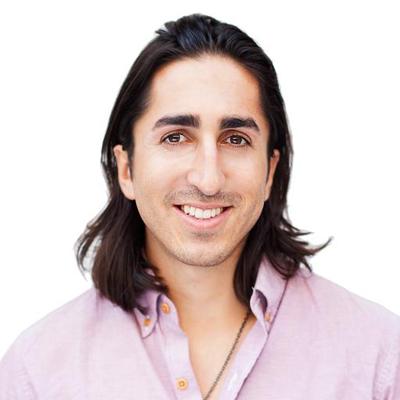 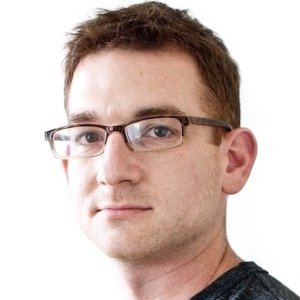