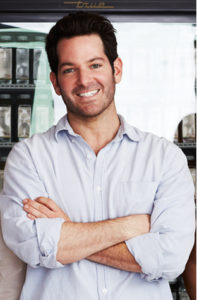 Today’s interview is with Hayden Slater, CEO and co-founder of Pressed Juicery, which is a company I’m a big fan of. (I drink their juice all the time.)

Hayden was a former fast food junkie who introduced juice into his diet and lost 60 pounds. He and his co-founders took their passion for good, fresh juice and built a business that’s now grown to over 40 store locations.

Hayden was born and raised in LA, and he says he always intended to work in the entertainment industry. Even when he was younger, he would work with his parents on movies and TV shows.

He went to NYU to study film, and when he finished, he moved back to LA and landed a job at HBO.

But because he didn’t take the time to travel abroad while he was in college, he traveled by himself to southeast Asia for seven months after he wrapped up an HBO show he’d been working on.

While he was there, he fell in love with cleansing and homeopathic medicine, so he decided to come back to LA to pursue it professionally.

Growth Over the Last 4.5 Years

Hayden and his two other co-founders started the company 4.5 years ago with one traditional employee, and another employee that would help them juice at night.

Their product caught on really quickly, and today they’ve gone from five employees to 600; and from one kiosk to just over 40 store locations.

Juicing by Night & Selling by Day

Hayden and his co-founders all had different reasons they were so passionate about their juicing business, but they were all strong enough to keep them going to get the business running.

For example, Hayden loved it because it helped him live a healthier life, one co-founder loved it because she loved the idea of masking nutrients in juice so her kids could eat healthier, and another had recently lost her mother to cancer.

None of them had any prior business experience, but they knew they wanted to create a best-of product, so they made all their decisions based on what they wanted as customers.

When they started, they got a cupcake company in Beverly Hills to give them their kitchen to make juice in at night, and they rented a 22 square foot broom closet in Brentwood.

Every night, for six to seven months, Hayden would make juice with someone he found on Craigslist from 10 pm to 4 am, load up his car, and take it to their only “store” which was a kiosk.

From there, he would go get some sleep, and another co-founder would work their store, selling the juice.

From the beginning, quality was the most important thing, and it was something they were never willing to jeopardize just to be able to expand. They’re not willing to add fillers like water or apple juice. Everything’s got to be 100%.

And though they consistently receive loads of franchising inquiries, they don’t like the idea of having their product out there without being in control of it from beginning to end, so that’s not something they do.

In the early days, to make sure they kept their quality up to par, they had to take food safety classes and were doing loads of online courses to educate themselves on juice manufacturing.

When they really started to get to scale, they assembled a team of food scientists, experts in the juice industry, and nutritionists to lead their quality department.

Growing up in LA, Hayden said he found health and wellness to be a bit elitist, daunting, and intimidating.

This was something they wanted to break down with Pressed Juicery to make it accessible, enjoyable, and fun.

They started Pressed Juicery with the idea that the product would be for absolutely everyone… so just like a kid in a candy shop, you could walk in and see a flavor or juice that appealed to you.

With their approach, they tell people to come in, try the juice, and if they like it, to keep drinking it. But if not, to find something else that works for them as an individual.

Differentiating Themselves From the Competition

Juice is something they didn’t invent, says Hayden. It’s been around for thousands of years.

That said, he admits it’s been interesting to watch different companies in the space.

In previous years, he says many juice-centered companies would mask their juices with colors and fancy names, but they decided to opt out of that and keep everything simple from the beginning.

Over time, a lot of competitors have entered the space. And in the early days, Hayden says he would lose a lot of sleep to the competition.

But, about a year in, he realized that competition was a good thing because it creates awareness, educates, and informs people of what juice is. And at the end of the day, he says consumers are smart enough to let the best product win.

Growing to Their First 1,000 Customers

Pressed Juicery hasn’t ever done typical marketing, and most of their business has grown simply via word of mouth.

He said they had a great response early one for two reasons:

They’ve also been fortunate to be located in the heart of LA with Hollywood to support them. So when Nicole Richie tweeted about them, for example, a lot of people would get curious to come check it out.

They also get a lot of celebrities voluntarily wanting to take part with their brand, or with their lifestyle site, The Chalkboard, which also helps drive awareness.

For their first few stores, Hayden says they just threw up some reclaimed wood and called it a day.

But after store three or four, he realized that Starbucks, Anthropologie, and other big guys were using the same look, so he also wanted to create something that stuck in their stores.

They wanted a space that was inviting, warm, and that felt high-end. They also wanted to keep the feel of California, since that’s where their roots are.

So when you look at the store design, says Hayden, everything is in neutral colors, which is intentional… it makes the wall of juice pop and tell their story when you walk in.

And all the little details add up to a certain feel, says Hayden, even if you can’t pinpoint what those factors are.

For example, all of their doors are made of white oak and glass. They feel heavy when you push them open, which gives a more high-end, luxury feel than a typical beverage or quick-serve shop.

Customer Acquisition Beyond Word of Mouth

For Hayden, the best way to acquire customers is trial.

Once you get someone to try a juice, he says, chances are that they’ll come back.

So they’re constantly working on getting their product out to people who haven’t tried it yet and engaging the community.

For community engagement, they do a huge opening event when the open a store where they give out juice, partner with like-minded businesses, work with schools, and just get the word out the best they can.

Social media is a big part of it, he says. Foursquare, Instagram, and Facebook all play a part in acquiring customers.

Getting Shut Down by the Health Department: A Huge Struggle to Recover From

Six months into their business, when they were sharing a kitchen with a cupcake factory, they were shut down by the health department because they found out that you’re not allowed to have two separate businesses operating in one location.

It was an honest mistake, but they had to bring a whole legal team together to help them get turned around.

It seemed like everyone was saying that it would be impossible for such a young company to recover from being shut down so publicly.

But, instead of getting too discouraged, they worked with the health department and got their first store open in less than three weeks. And their re-opening day brought in the largest number of sales they’d seen since the inception.

Since there aren’t Press Juiceries on every street corner in the country, Hayden says that publishing their book was a big part of of taking a step forward in their company to help give people the access they need to more accessible health food.

The goal of the book was to give people the tools they needed to do juicing on their own, so they’ve got almost every single recipe of theirs in the book.

The idea of a book was always a fantasy for them, says Hayden. But once it came to fruition, he says they realized that it was months and months of work, rather than the couple of weeks initially imagined.

They had to collect recipes, work with book publishers, work with photographers, and go through a lot of trial and error.

It was a big undertaking and a big expense, costing them somewhere around $60,000 at a minimum.

Advice to His 25 Year Old Self

“Do exactly what you’re doing.”

At 25, he says, a lot of young adults don’t know what they want to do professionally, which is fine. You don’t need to discover it immediately, you just need to do things that make you happy.

“You’ll discover in that process what you’re meant to be doing.”

Hayden says he’s always been a morning person, but starting a company has really made him wake up early.

He says he wakes up between 5:00 am and 5:30 am almost seven days a week, goes to the beach with his dog, does a workout, and eats something clean before he heads to work.

In the afternoons, he visits stores, scouts new locations, and does meetings in his existing shops. Lately, he says, he’s been doing a lot of traveling since they’re expanding pretty aggressively out of California.

The benefit of spending so much time on-location, he says, is that they’re able to make decisions based on what their customers really want, not on what they would decide by sitting down in a remote office.

Hayden suggests The Art Spirit by Robert Henri, which is a work of an artist who, when he passed away, his students compiled all his notes on various artworks.

He says it’s a book you can flip to any page and enjoy, and something he goes back to periodically. 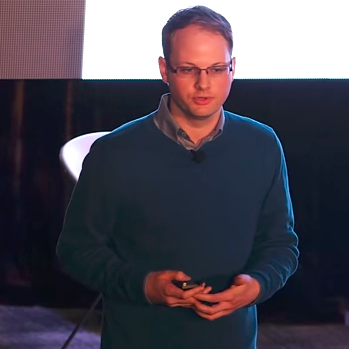 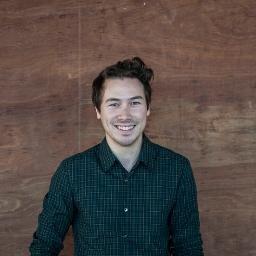