The Secret Sauce That Jordan Harbinger Used To Build His New 6M+ Download Per Month Podcast (From Scratch!) 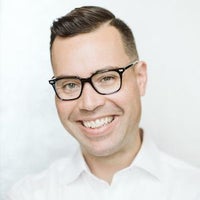 We know the importance of networking, but many of us either shy away from it or take the wrong approach. Today's guest, Jordan Harbinger, does things differently, and it shows. As a Top 50 iTunes podcast host for over 12 years, Jordan deconstructs the playbooks of the most successful people on the planet, sharing their strategies and providing practical insights. In this episode, we hear about Jordan’s podcasting journey, and how building his show from scratch for a second time showed him the true power of his network and connections. We discuss the difficulties that came with starting over, including self-doubt and being unable to compensate the team fairly, and their resolutions. Jordan also shares some of his invaluable relationship development insights. Rather than calling it networking, which he feels has been tainted by sleazy salesman, Jordan’s approach is more authentic, and it recognizes the importance of making small deposits every day. Instead of ignoring most people and only reaching out to those who are can immediately do something for you, Jordan knows that opportunities are just ‘over the horizon’, which means front of as many people’s minds as possible. We get some actionable steps as well as a teaser of his free networking course. Along with this, we also discuss current podcast numbers, why he is spending so much on his show at the moment and some of the obstacles with podcasting ads. This was a great discussion, with so many key takeaways. Be sure to tune in today!

[00:41] Before we jump into today’s interview, please rate, review, and subscribe to the Leveling Up Podcast!

[00:25] Get to know today’s guest, Jordan Harbinger, and some of his accomplishments.

[01:51] How Jordan started his first and second podcasts and current numbers.

[05:20] Jordan’s team’s loyalty and how he paid them before the show was making money.

[09:50] Overcoming doubts and putting on a brave face as a leader.

[11:15] How Jason leveraged his network when he took a second go at his show.

[13:34] Jason’s approach to building relationships and what he does differently.

[14:44] Why Jason believes that most opportunities are ‘over the horizon’.

[16:36] The mistakes that most people make when they approach networking.

[17:57] People are more likely to help people who show a genuine interest in them.

[19:31] Networking is only awkward if you have not laid the groundwork.

[22:25] You are probably not as good at networking as you think you are, so learn more!

[24:35] The key to successful systems: Easy to implement and quick results.

[25:20] How Jordan and Eric met, and the development of the relationship.

[26:59] Invest in building relationships early on; it’s much harder to do it when you need help.

[31:08] Jordan’s podcast numbers, including growth rates and where he sees it going.

[33:51] Give yourself permission to experiment!

[36:00] Why we need to re-think what a lifestyle business means.

[40:27] The common challenges in the podcast advertising space.

[42:16] Why Jordan believes that now is a great time to spend money on podcasts.

[43:46] Hear about the ads that Jordan buys on other podcasts and the results he’s seen.

[45:56] The benefits of having people search for you on Google.

[46:45] Jordan’s favorite podcasting tool and his must read book.

Resources From The Interview: 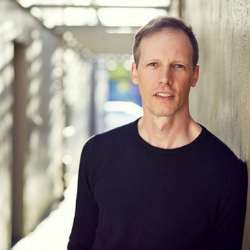 LU 371: How Working with the Right People Can Spark Innovation with Jim McKelvey (podcast)

LU 373: How Zenefits is Focusing on Processes AND People for Long-Term Growth with CMO Kevin Marasco(podcast)