Today’s interview is with Steve Chou of MyWifeQuitHerJob.com. We’ll learn the story behind his funny domain name, how he and his wife built an ecommerce company that did over $100k in revenue in the first year, and how he’s adjusted his website’s email funnel for bigger profits resulting in more than $300k. He also talks about despite all this success from his own businesses, why he keeps his day job as an engineer.

Laying the Foundations: How His Wife’s ‘Hell Hole’ Job Boosted Them Into Ecommerce

Living in Silicon Valley, Steven and his wife both worked traditional, full-time jobs. Everything was going fine, except for the fact that his wife really hated her job, so when she found out she was pregnant for their first child, she decided to quit so she could stay at home.

But, after they realized they needed two incomes to afford a house in a good school district, they tried to figure out different work at home opportunities for her, and settled on an ecommerce business selling wedding handkerchiefs called Bumblebee Linens.

They built the business, worked hard, and managed six figures of income in the first year. A lot of Steve’s friends wanted to do the same things with online business, so he started his blog to document their ‘in the trenches’ experiences of running a successful online store.

After the launch of Bumblebee Linens in 2007, the $100k of yearly profit has been growing in the double and triple digits each year since.

The blog has also been doing pretty well for itself too, especially considering Steve only works on it part-time: in 2014, in generated around $300,000 in revenue, with approximately 50% coming from the course Steve was selling for $699 (now $799), and the other 50% coming from ads and affiliate sales.

The Process Behind the Blog’s Main Moneymaker: Create a Profitable Online Store Course

In 2011, Steve started to notice that his followers were really interested in his ‘in the trenches’ posts about his ecommerce business and that they were asking for a formal course to follow in setting up their own business.

Steve started taking pre-orders for the course even though he didn’t have content for it yet, forcing him to produce course lessons on the fly.

To get started, he created a basic outline of the things he wanted to cover before he launched, and then did two live webinars each week. “I’ve been doing it for three years,” said Steve,” and today there’s almost 200 videos in the library.”

Steve uses an autoresponder sequence in Aweber to promote his paid course, and with some tweaks, was able to boost the course sales by 3x.

According to Steve, setting up an autoresponder sequence, even for people who are new to it, isn’t that hard – he says the difficult part is figuring out the funnel you want to lead the customer down to your end goal. For example, his end goal is to sell his course, but along the way he shows demos of tools he uses with affiliate links.

To help increase his email list subscribers, one of Steve’s secrets is blending the email forms in with his blog content. He says that only placing a call to action at the end can look too much like a banner ad, causing a lot of people to simply ignore it. But when he integrated the forms into the content, his email conversion rate doubled.

That, and he’s switched from double opt-in to single opt-in.

With double opt-in, he saw that he was losing 50% of subscribers that weren’t confirming – but with single opt-in he got to keep those subscribers, and the majority of them were engaged.

In April 2014, Steve launched the My Wife Quit Her Job Bootstrapped Business Podcast. He says he did it mostly to meet other cool people in the ecommerce space, but now gets about 30,000 downloads per month.

Since he already had a pre-established audience with his blog followers, he was able to leverage that with a really big launch that involved five episodes and a contest for people willing to leave reviews in iTunes to help boost his show into the “New and Noteworthy” list to gather more listeners.

Even though new online sellers can get buyers from Amazon and eBay, Steve suggests avoiding that and creating your own online property, even though that does mean the struggle of getting customers in your door.

While they were struggling to get customers online, they tried AdWords with decent results, and these held them over until their traditional SEO work started kicking in after six months. But he said their big breakthrough was when they started reaching out to event and wedding planners (read: customers who bought in bulk repeatedly).

The Big Struggle of Growing MyWifeQuitHerJob.com

Because Steve doesn’t particularly enjoy writing, this was a big mental stumbling block to get over to make his blog successful. He forced himself to get over it by getting involved in social media and emailing his posts out to his subscriber list. Knowing that people were waiting to hear what he had to say helped him blow past his own hesitation to sit down and write.

A Piece of Advice to 25 Year-Old Steve

If Steve could step back in time and give advice to himself at 25, he’d tell himself to start reading books, start learning, and start following interesting people.

He would tell himself to go ahead and start something online, even if he didn’t have money-making intentions, just to put something out there and start gathering followers. That way, when he did have something to sell, he would have instant customers.

He cites Steve Pavlina, a personal development blogger, as his idol. He said Pavlina wrote a blog post called ‘How to Earn Your First Love Dollar’ (see links below) that started it all for him.

Steve’s main productivity hack is only checking his email twice in a day. He knows it might frustrate some of his co-workers, but it helps him focus on the task at hand without being interrupted.

He recommends The Art of Persuasion by Bob Burg because it teaches you how to sell and convince people to take action.

And… Why He Kept His Day Job

During the day, Steve works as an electrical engineer, running a group that designs micro processors. He says that while his work on the blog is fun, his roots are in tech, and he feels like everything is moving towards tech, so he keeps a philosophy that if he’s creating tech, he’ll never go obsolete.

He also says that blogging and engineering use two totally different parts of the brain, so keeping his day job helps him stay stimulated.

GE Ep 63: How Lua’s CEO Built an Enterprise Messaging App That Boosts Open Rates from 20% to 98% 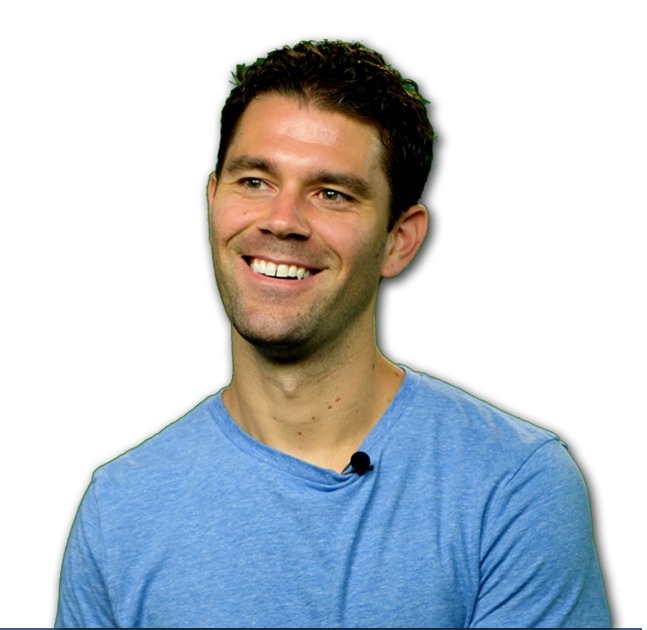