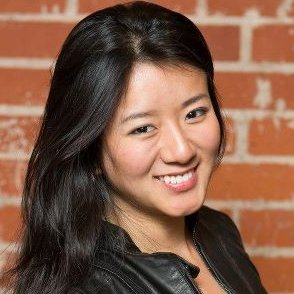 Hi everyone, today we’re talking to Nanxi Liu, co-founder and CEO of Enplug, which is a cool software that helps businesses manage real-time, connected digital displays – sort of like a Chromecast for enterprise.

She’s worked hard to established a really tight-knit company culture and has some insights on hiring and workplace activities that are worth learning about and implementing.

Experimenting with Entrepreneurship in College

Nanxi Liu just graduated from UC Berkeley in 2012 – a mere three years ago.

When she started in 2008, she thought she wanted to get into law, but she started building small gadgets in her freshman year with her engineering classmates and thought that instead of letting gadgets die with the school assignments, she should try to make some money off of them.

The first thing she built after this realization only took her and her classmates one weekend to complete got $10,000 from the university. After that, she realized she could probably make more money with little side projects than a typical job, so she latched onto this type of entrepreneurship and kept at it.

Lots of projects failed, but in her sophomore year, she built a biomedical device company with a couple of her friends from high school. Her senior year, she started Nanoly Bioscience after meeting her co-founder at a bar and learning he was a famous biochemist.  She served as the company’s CEO while she finished her degree, and it’s still going strong today.

Right before she graduated, she met her co-founders for Enplug. There were five of them in total and they didn’t know exactly what they wanted to do, but they thought they’d be able to do something cool with their combined brain power.

Even though Enplug started out making sales by going door-to-door to restaurants offering free TV installation in exchange for purchasing their software, they’ve gone through a few alterations and have a product so good that 90% of their leads come via inbound means.

Since they’re so reputable, they don’t have to worry about making small sales and offering free display installation in exchange – they can simply go after companies that already have big networks of displays and sell them $99/month licenses.

They’ve got over 300 paying companies from around the world, including Nigeria, Australia, Japan and Slovakia, and they’re most commonly found in stadiums, gyms, and shopping malls.

What it’s Like Running a Company with FIVE Co-Founders

Even though one co-founder is no longer with Enplug, having four captains of the ship is something that could get hectic if you’re not careful – most startup experts would recommend two co-founders at most.

But Nanxi said she thinks having so many people on board was actually what made them so successful. It took so many pieces coming together to build their business that they needed five fully dedicated people at the beginning.

Enplug on the Brink of Failure Meant a Revamped Hiring Process

Nancy says she’s the type of person who believes that if you don’t want something to fail, you won’t let it – you’ll work for it.

But that being said, a year into their business, they made a hire that wasn’t a good fit and could have destroyed their culture.

From that, they learned that instead of having just one co-founder interview a person, any new candidate had to be interviewed by all four of them.

Further, they’ve changed the process from Nanxi simply posting the job descriptions online herself to having a Director of HR & Culture who focusses on bringing new teammates on and making existing teammates really happy.

Enplug has such a tight-knit, family-like company culture, that about 1/3 of them live in a house together.

For the ones that don’t live in the house, they do a lot of team activities together like rock climbing, ski trips, beach trips, and attending each others’ weddings.

Nancy always refers to people who work for Enplug as ‘teammates’ rather than ’employees’ because she and he co-founders feel that people who put the team first before themselves are the kind of workers they want at Enplug.

They recognize that success doesn’t come from one person. And when they’re interviewing people, they always want to know what type of team sports or efforts they’ve been a part of in the past to get an idea of their team mentality.

Being a Young Female CEO

As a woman in the tech startup world, Nanxi says there’s a lot of underlying psychological things you have to deal with and that it’s important to be tenacious.

For example, she says it’s important for young women in tech to know that they’ll have less time to make an impression than their male counterparts, and she notices that even though she’s the CEO, interviewees make eye contact more with her co-founders (who are all male) than her.

On the other hand, she says she’s got some amazing opportunities from her position.

And living her life by Jim Rohn’s quote “You’re the average of the five people you spend the most time with,” she likes to punch above her weight class and hang out with other female entrepreneurs who are more successful than she is to find mentors and keep growing.

The Biggest Struggle as a New CEO: The 4th Month

According to Nanxi, somewhere between the 3rd to 5th month of operating a new business is a critical moment, especially as the CEO or a founder.

It’s in that time that you hit your first plateau. To boot, people realize they’re running out of savings and are getting poached by other companies.

To keep the momentum going, she says it’s important to have milestones set for beta products and getting investors, so your team doesn’t lose their passion.

Latching Onto Opportunities: How Nanxi Got to Write a Song with a Grammy Winner

“I don’t think it’s healthy to be constantly thinking about your business,” says Nanxi, whose extracurricular activities include the piano, cello, and violin.

In fact, she keeps herself open to opportunities unrelated to her businesses and latches onto them the moment they present themselves.

Recently, she met Pascal Guyon at a dinner, and once she realized who he was, she pulled him aside and said she wanted to write a song with him.

Because she knows that cool people like that get those kinds of offers all the time, she made an effort to set the date. “No, seriously,” she told him, “Next Saturday. What are you doing a week from now? Can we get together?”

The got together in the studio the next week and knocked a song out in four hours.

A Piece of Advice to Your 21-Year-Old Self

“Focus on the cool stuff you’re building. Boys in college don’t matter that much.”

Nanxi idolizes Elon Musk because she’s met him a couple of times and thinks he’s fantastic for the way he’s built so many successful companies in very different industries… it’s something she wants to do herself with her biotech company, Enplug, and music.

Nanxi recommends a tip from Mark Suster’s blog which is to either respond immediately to an email or delete it… don’t leave it sitting to think about it and respond later.

She says that even though she might like to leave an email sit for a couple days so she can write back a really nice response, in business, people appreciate a quick turnaround, even if the message is short.

For business, Nanxi recommends The Hard Thing About Hard Things by Ben Horowitz. (And she’s the 20th person on this show to do so.)

For her, it’s one of the most honest books she’s read about building startup. It really shows how difficult it is – and that running a business never really gets any easier, even when you’re out of the bootstrapping days.

For another type of read, she recommends Battle Hymn of the Tiger Mother by Amy Chua.

She likes the book because it’s about the spirit of making things happen. It’s about the fact that in life, you either pursue things or wait for them to come to you – and if you wait for them, they’ll never arrive.

She appreciates the story of the book because she sees parallels of it in her own life. When she was young, her mother only told her stories of successful women like Hilary Clinton, Amelia Earhart, and Condoleezza Rice.

The stories gave her confidence and helped shape her mind to prepare her for her future success at such a young age. 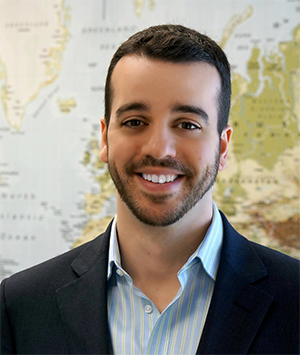 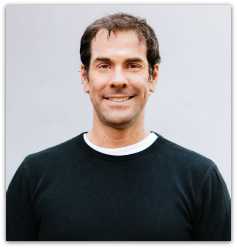