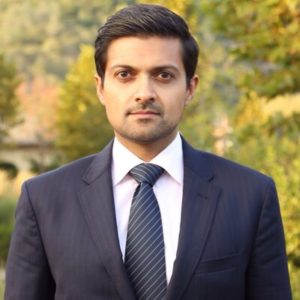 Hey everyone! Today’s interview is with Mamoon Hamid, co-founder and general partner of Social Capital, which is a venture capital firm that funds up-and-coming healthcare, education, financial services, mobile, and enterprise software companies.

In today’s interview, we discuss Social Capital’s mission to transform society with technology, the quick ratio he came up with to measure a company’s financial health, the biggest mistakes people make when raising funds, and of course why shit gets funded by them!

From the Vastness of Space Down to a Minute Transistor

Mamoon grew up in Frankfurt, Germany thinking and dreaming about technology since his earliest memories. He had such a thirst for vast amounts of knowledge that he used to consume encyclopedias for fun and thought “wouldn’t it be amazing to be able to just ask any question on a computer?” And now we have that technology.

Like a lot of technologists, he took a liking to computers and programming, and got into math and science as well. Space wars were very prevalent when he was growing up—man on the moon in the ‘60s, Apollo in the ‘80s—and one of his most vivid memories was of the Challenger explosion in 1986 because one of his teachers was a finalist to go on that space flight. So the vastness of space was another infatuation of his.

He thought he might be an aeronautics engineer, which led him down the path to electrical engineering in college and he moved to the US and went to Purdue University. There he got into semiconductor design at the transistor level, laying out chips, and it fascinated him that you could go from the vastness of space down to a minute transistor.

That led to his first job out of college at the age of 19, which was a semiconductor design company called Xilinx in Silicon Valley. They designed programmable chips and he spent the first six years of his career honing skills in technology in the semiconductor world.

He got to see the whole dot.com boom and fall (1997-2003) which gave him an appreciation of companies like Google, Yahoo!, and Amazon. That also gave him a keen interest in the creation of businesses and the rise and fall of businesses.

The one thing that really started to interest him was: how do these companies get off the ground? where do the capital, ideas, and people come from? That led to an interest in the venture capital space. Xilinx, the company he worked for, had a venture fund, and he would get pulled into diligence projects to take a look at companies they were investing in and that gave him a taste for evaluating companies as a corporate venture firm.

Not knowing how to get into that field, he started reading up about venture capital firms, and figured that you had to go to Stanford or Harvard business school. He applied and got in to Harvard where he learned about business in general.

Harvard focuses on the case study method so he got to study 500 companies. He interned at a small VC firm after his first year at Harvard and eventually ended up at US Venture Partners—a semiconductor design company in Silicon Valley—for six years, investing in a number of companies and became a partner in 2011.

At that point he founded Social Capital with two partners, Chamath Palihapitiya and Ted Maidenberg.

Finding Really Smart People to Work with at Social Capital

Ted and Mamoon got to know each other when they were junior guys who rose through the ranks at USVP. Consequently, they became partners because they had worked really well together and thus always thought about working on something together in the future. Ted and Chamath worked together at AOL in late ‘90s and Mamoon knew Chamath when he was at Mayfield–they were both junior guys at their VC funds.

They were all in their early to mid 30s and were all future thinkers, so there was common ground there from the start. He believes that it’s important to have a prior working relationship plus have complementary sets of skills in order to work together to found a company.

In Mamoon’s mind, technology is a leveler, a uniter of people from all walks of life, and it drives everything. The team at Social Capital believes that technology hasn’t made enough of a difference in important areas like in healthcare, education, and financial services—areas that are really core to the social and economic inequality in the world.

Mamoon believes that the root cause of all this discord and unhappiness in the world is that people lack the education, the general systems in society that make them happy. If you look at the happiest countries in the world, they are quite socialistic in nature—like Nordic nations: Denmark, Sweden, Norway. There are a lot of government systems in place there to help make these people happy.

He thinks that technology can create more happiness by providing a more level playing field. Social Capital wants to create a world that’s more fair, more equitable, irrespective of the circumstances you were born into. For example, a lot of Syrian refugees are ending up in Germany and Mamoon is asking: how can that Syrian refugee kid who grows up in the same town that Mamoon did have the same opportunities that his kids do? He feels strongly that there’s a lot of things Social Capital can do to create the kind of world that we all want to live in.

The Portfolios that He’s Most Excited about Right Now

Social Capital works in five areas: healthcare, education, financial services, enterprise, and consumer. A lot of people worldwide are predisposed to diabetes, pre-diabetes or other chronic diseases, so one of their core areas of interest is chronic disease management—specifically four of the top six chronic diseases: heart disease, asthma, Alzheimer’s, and diabetes.

All the companies in these areas have some element of software and some even have an element of hardware. So for example, in the case of the asthma company they have hardware (built in to the inhaler and that’s linked to your cell phone for alerts, etc.) that helps asthmatics control their disease. So this technology helps people manage their asthma.

He constantly asks himself: how do you help people live happier, healthier, longer lives with existing conditions—or even eliminate these conditions? In the US, $3 trillion is spent on healthcare and one third is related to chronic disease, so there’s a lot of money that can be saved with software and hardware.

So Why Does Shit Get Funded by Social Capital?

There are hundreds of reasons why stuff does or doesn’t get funded! Mamoon’s shared his slides (see Resources below for link) around companies that get funded in the software space, specifically SaaS companies, and his high-level thesis was: they want to back companies that have a daily use case across the whole organization—using software like Yammer, Slack, Box—and companies that use software on a daily basis by individuals or specific departments within a company—like marketing, where they use Intercom, or like HR, where they use Greenhouse. In a nutshell, what they’re looking for is: what tool do people use every day that constantly remains open? Social Capital loves companies and products like that.

So that’s typically the shit that they’re funding. 🙂

What Is the “Quick Ratio”?

The quick ratio is really just a simplistic measure of the new revenue you’re adding on a monthly basis divided by the revenue you’re losing in that same month.

Back when he was in business school there was a quick ratio that measured debt load to actual assets and he thought that was an interesting way to view the software companies that they were looking at. So if he can look at a company’s quick ratio on a month-to-month basis for even a few months, he feels like he learns so much about the company.

He asked himself what the right number for a quick ratio would be? He came up with “4” and then he back-tested this number and saw that it actually made a lot of sense.

The components of a quick ratio are:

These four components make up the quick ratio which gives you good sense of your business at any given point in time on a month-to-month basis. They’ve been using that for their SaaS companies for the last couple years and it works really well—it’s a good heuristic into the health of a business.

The breakdown for the quick ratio numbers:

By the way, quick ratio doesn’t apply to startups or young businesses—it starts to apply from month 12-18 onwards and for sure by month 24 of revenue it should be pretty insightful.

See Resources below for the link to Mamoon’s SlideShare slides on this.

#1 – overcomplicating your story (or stated goal). It’s important for investors to see clarity of thought about how you’re thinking about your opportunity. If you don’t have clarity of thought in how you’re presenting it to Social Capital, it will probably be hard for you to present it with any clarity to your employees. If you look at the most successful businesses, they are really easy to explain from the consumer side (Uber, Amazon, Facebook) to the enterprise side (Box, Salesforce, Workday).

#2 – starting a company just to make money. Social Capital looks for mission-driven entrepreneurs who are looking to solve a problem they’ve had themselves. So if it lacks the mission-driven nature and the passion, it’s hard for Mamoon to get excited about the company.

The Beginner’s Guide to Becoming a VC

Venture Deals by Brad Feld is a good book to start with. And Mastering the VC Game by Jeffrey Bussgang is another great one. As well as the Kaufman Fellowship.

How Do You Generate a Good Deal Flow When You’re Just Starting Out?

Deal flow comes through prior relationships like CEOs you’ve invested in and who like you and refer you. Typically the best sources are qualified people whom you trust in your networks. That’s always been a great source for them. And beyond that, people write blogs or tweet or do conferences, which gets your name out there.

One Big Struggle They Faced While Growing Social Capital

A constant struggle for them was (and still is) not missing things. You always feel like you’re only as good as your last investment, and there’s a constant paranoia that you’re going to miss the next Uber or Slack. They have made mistakes over the past four years and missed things, but what’s worse is not even seeing something.

He would tell his younger self to “play to your strengths, play your game, rather than someone else’s.” By setting the rules of your game, you can be the master of your game. He’s internalized that more and more over his life because he knows that you can’t try to be someone you’re not.

How He Would Ideally Structure His Day

Ideally, he would structure:

Because it’s too hard to choose just one, he has two: 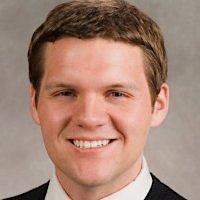